All Chrissy commentary has been, as promised, printed in a separate color so as to differentiate from guest post writing. Enjoy.

This is Katie, and I’m guest posting today. Let’s just go ahead and clear a few things up before we start, shall we? I am Katie and I write a little book blog called Words for Worms. I am one of Chrissy’s real life best friends. As in, we knew each other prior to whoring ourselves out as bloggers. Regular readers of Chrissy’s blog will know me as Penny, because when Chrissy started this blog odyssey, she offered me the anonymity of a fake name. I accepted, because she knows too much about me. Perhaps my trust is misplaced here, but so far she hasn’t posted anything terribly incriminating about me. And, frankly, I’m really boring, and was pretty boring even when I was “wild,” so I’m blowing my cover.

The first time that Katie posted–as Penny– I was running late to work and needed a post. Fast. So I said to Katie… “Hey Katie, want to guest post on my blog?” And Katie gave me a resounding “YES!” You know… as resounding as a text message can get. “What does that entail?” So, I gave her a login and password for my site. I told her not to embarrass me too much. And I told her to have fun. Three days later, Katie decided that she, too, wanted to be a blogger.

Okay. So. As my blog suggests, I’m a big nerdy bookworm. I love words. They’re delicious. My parents are both notoriously bad spellers (sorry guys, but you know it’s true) so we never played Scrabble in my house growing up. Ever. When I got to college, Chrissy took it upon herself to teach me how to play Scrabble, so she’d have an unsuspecting victim someone to mercilessly eviscerate challenge.

I was just learning to play Scrabble. I was content to create words with my little tiles. It was exciting and fun! While I was having a ball making words like “garden” and “feet” she was still going full force. We’re talking full Scrabble domination. She’d routinely have quadruple my score. Imagine the modern US Army picking a fight with… Luxembourg (a Luxembourg without any allies to save them from the onslaught.) “Garden” and “feet” were met with “Qoph” and “Qi” and “Qat”. In case you were wondering, those ‘Q’ words mean: the 19th letter of the Hebrew alphabet, a circulating life energy in Chinese philosophy, and a leaf of the shrub  Catha edulis, respectively. The Q’s always fell on triple letter squares.

In my defense, I was only trying to help Katie learn. You can’t learn without a strong master. Would Karate Kid have become a karate genius without the challenge from Mr. Miagi? Would Obi Wan have been the Jedi master without Qui Gon Jinn? Would Baby have gotten out of the corner without Patrick Swayze? No.

Chrissy knows every two letter word. Every weirdo Q word. Words that don’t look like real words. But don’t challenge her! Damn Straight! She’s got that doggone Scrabble dictionary memorized. Way before there was Words with Friends, Chrissy found scrabble online. Nobody we knew could challenge her. I almost lost a few friends because of it… She had a super amazing high score. Sometimes she’d play on my account because I was so pathetic. Not only is she super good at Scrabble, but she’s crazy competitive. DO NOT bet her money on a game. Any game. Ever. I can beat her at Trivial Pursuit, but we’re matched pretty evenly. It’s just not a good investment.

Katie is very good at Trivial Pursuit. I’ll admit…She’s better than me. But I like it better when she talks Chess. “I’d play by myself, but I won’t. I know myself too well, and I’ll end up cheating in favor of one side.”

Also, Brian’s friends call me the Jason Bourne of Gaming. I can pick up a gamer game (with ridiculously detailed rules and win conditions) in less than a game, strategize, and often win.

Remember in Bill and Ted’s Bogus Journey how they played board games against death to win back their lives? (You. Have. Sunk. My. Battlesheep.) Chrissy would totally win her soul back if she played Death at Scrabble. Like a word ninja. You’ll never know what hit you. 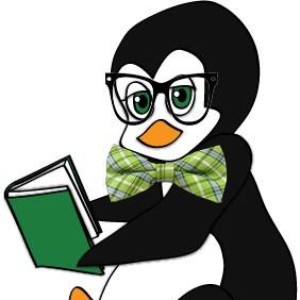