While we vacationed in Florida, we spent many of our afternoons trying to come up with a good name for our future dog. After testing out several potential names, I suggested Buck (as my father lovingly referred to my mother, brother, and I as Peg, Bud, and Kelly respectively). Everyone liked it. Buck Bundy sounded like the perfect full name for our new dog.

A week later we went to pick up our new pup.

Buck was unbelievably adorable, a sassy little puppy with pointy ears and enough energy to power a car. We loved him instantly.

During the first storm, we realized that Buck was going to have issues, when he freaked out. Cowering under things, curling up behind furniture, and making huge messes wherever he was hiding were just the start.

Later that summer, we found out that Buck, like Bismark, was definitely a running dog. He would jet out of the house and race for this hills. Or at least race away. Unlike Bismark, he didn’t know where home was or that he should make his way home. Terrified he would get hit by a car, we chased after him time and time again. For hours, we would run after him through our small neighborhood–sometimes making it to Route 53 (a busier road). He did eventually get hit by a car, though it was not a fast moving car, and he made it out of there without a scratch.

In the spring of my sophomore year of high school, two of my girlfriends and I were working on a huge class project. We were going to be shooting a video at Flaherty’s for our English class, and my whole family was at the bar getting the back room set up.

While the plan was to meet at Flaherty’s, miscommunication led Ellie and Elizabeth to make their way over to my house. As was the standard for the open house that was my home, they walked right in. And Buck ran right out. Of course, these were the days before cell phones populated the world, and it wasn’t super easy to get in touch me. The girls didn’t know the phone number to Flaherty’s, and I didn’t know they were at my house.

They chased Buck around for at least a half hour, maybe forty-five minutes. My mom ran home to check on something, and discovered the girls panicking thanks to our idiot dog. Luckily, Mom was able to get Buck back into the house, and the girls were able to get to the bar in time to shoot our video. 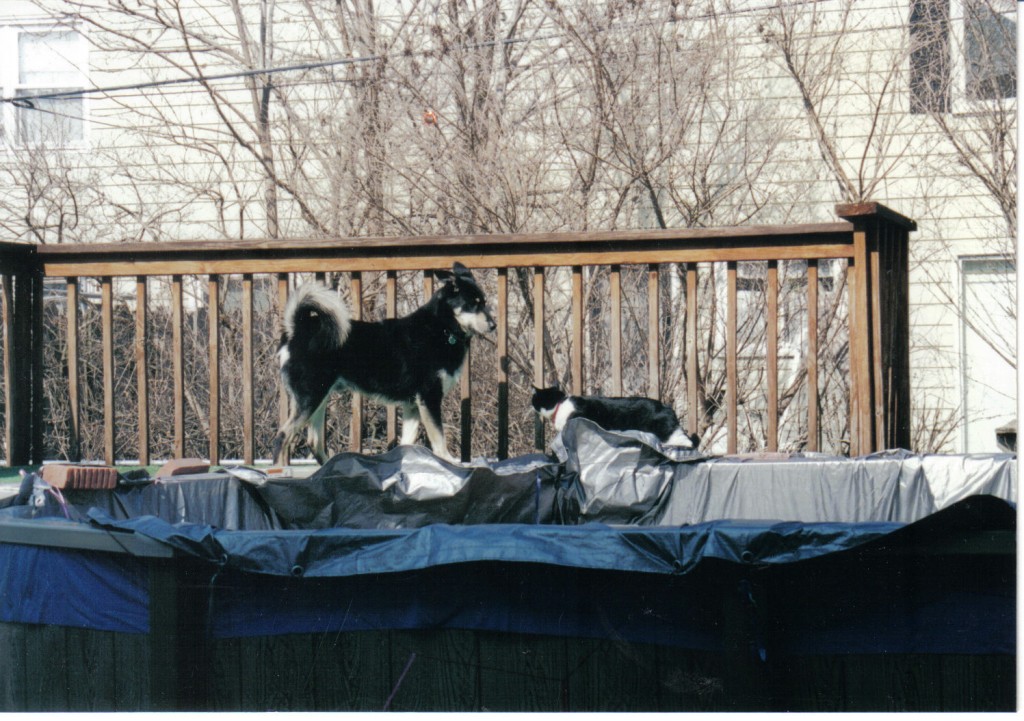 The first of many Buck stories, this was far from the worst. Our little devil dog, however much we loved him, would spend the next 14 years wreaking havoc in our world.