Rock the Vote; Don’t Waste It

I came in and edited this morning. All edits have been typed in pink.

We still have no internet. And our fridge doesn’t work right (I had to *gasp* throw away cheese. Though I considered eating it anyways…I thought better of it when I realized that I did not want my favorite thing ever to become my demise. Food poisoning scares me. A lot. I have an unnatural fear of botulism. Un. natural. fear. I won’t eat reheated grilled onions. ever. A can or jar that seems ‘splodey? No thank you.) And there are still many boxes to deal with. And we have no couch.

But we have a bed and a clean bedroom. And in-unit laundry. And beer. And cupcakes from our un-freakin-believably-adorbs new neighbors (3 and 5 year old girls). Sunday night they waited outside their door to give us cuppy cakes. Happiest girl ever! Funfetti!

So we brought them upstairs and went back to carrying stuff in from the car. I raced upstairs with a small shelfy thing as Brian was pulling out the heavy stuff and I snagged a bite of the delish treat and ran back down. Immediately upon returning to the apartment, Brian noticed the missing piece and he told me that the rest of the cupcakes were his…I threatened to bite his nose off…so I got both of my cupcakes. One for dinner and one for breakfast.

And I fixed our fridge. Sort of. I figured out the problem (the light wouldn’t turn off…so it heated my cheese. And ruined it.) But we rigged it up so that it will turn off. And not destroy anything else.

Oh. Right. It’s election day. I got off track. Because obviously, I’m not writing this on election day. Due to the fact that we have no freakin’ internet. And I’m freezing at my parents’ house as I’m writing this. Yesterday. (My tenses are confusing me.) Moving right along…

So I believe that it is important, even though many of my close friends will not participate, to vote. Do some research, because uneducated voting is pretty shitty. If you’ve only been paying attention to the presidential election race, and don’t know…or don’t understand something else on the ballot, ask the election judge…or skip it. Don’t just fill in bubbles like you would on a standardized test.

I woke up this morning, and it felt like Christmas. I showered. Got dressed in my sweet Rock the Vote tee shirt. Reheated some leftover pumpkin cheesecake pancakes and drank some Oberweis milk (I support the dairy products, not the politics. Dropped Brian off at the train. Visited Mom at work (where I got a lecture as to how I should be unpacking…UM HELLO!? Election day, Ma. Relax, I got it covered. Let’s just call it my union break. If in a week, we’re still not unpacked…I’ve got a secret weapon: The Easy Button-Anything still in boxes is getting thrown away.) Edited blog (now) and will soon be on my way to participate in my legal privilege to vote for the leader of the free world.

Just a quick photo shoot: I bought this shirt on clearance right after the ’08 election. I’ve worn it it on every voting day since, but I’ve been waiting patiently for four years to wear it on the big election day. 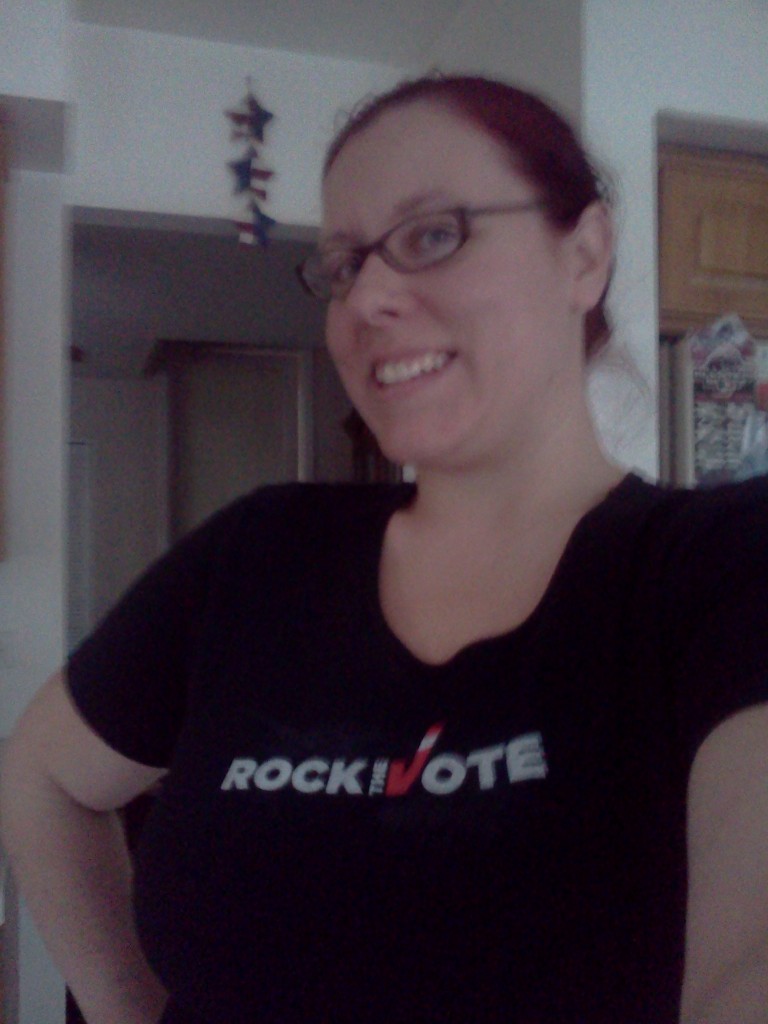 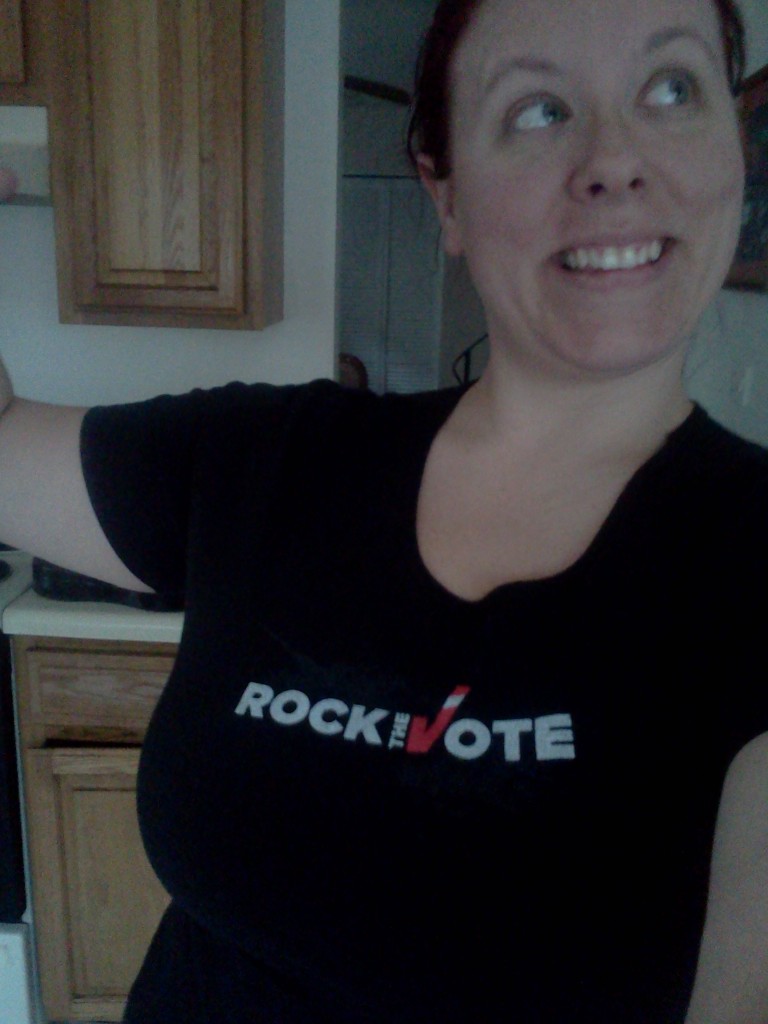 It’s especially nice that I now only live 15 minutes from my polling place instead of 30. By the next election, I’ll be settled into another home…and this time I’ll be registered to vote there. And it will be wonderful. Life is good. All the pink print I just typed cheered me up. I feel better already. It’s amazing what writing can do for your soul.

What are you waiting for? Go vote!