Chicago Toy & Game Fair: Where Chrissy Gets to Be a Kid

What a whirlwind weekend!

So bright and early on Saturday morning, Brian and I trekked into the city and headed for Navy Pier to attend the Chicago Toy & Game Fair Blogger Preview. Now, I woke Brian up earlier than he normally wakes up for work. And I dragged him to an event in which there were a lot of people in close quarters. And then he had to stay the whole day, while I was competing in a tournament for like 5 hours.

Smaller than GenCon by a lot, ChiTAG was still pretty darn awesome for a girl like me. With a party-game spirit, and a nephew that I’ve promised to play lots and lots of games with, this event was the perfect way to find and try new games!

So I’ll be starting a new segment next week, in which I review and relay the experience of these awesome games from some really great game inventors (because they gave them to me to play-test!) Of course, you can count on the Chrissy-style while I review–aiming to make you laugh at the ridiculousness that ensues. And there will be ridiculousness. With me, there always is. Even if my family refuses to let me publish the pictures or videos that I produce…

That being said, let’s get on with this thing. So ChiTAG. It started with a lovely continental breakfast of snacks and coffee (Yes, if you’re going to see my smiling face before 9 AM, you’re going to need to provide coffee). At the breakfast we listened to some really great speakers, including Kevin Harrington, of Shark Tank fame and Greyson MacLean, kid inventor of BrickStix (a cool Lego accessory).

We made our way to the fair, and were given an hour of open viewing before the public arrived. It was at this point that I got arrested by Darth Vader and a Stormtrooper, for trying to race to the giant Settlers of Catan carpet board… 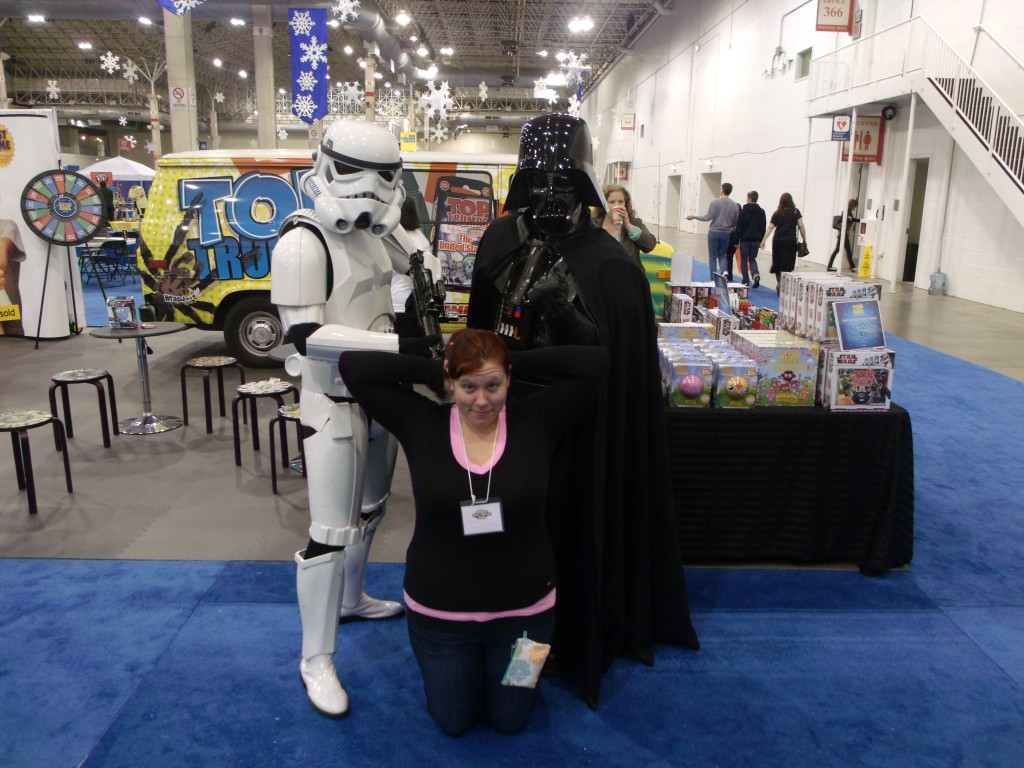 Luckily for me, R2D2 was just around the corner, and he sped up and distracted them just long enough for Brian to help me escape. We made it to the giant Settlers of Catan just in time for me to steal the robber. 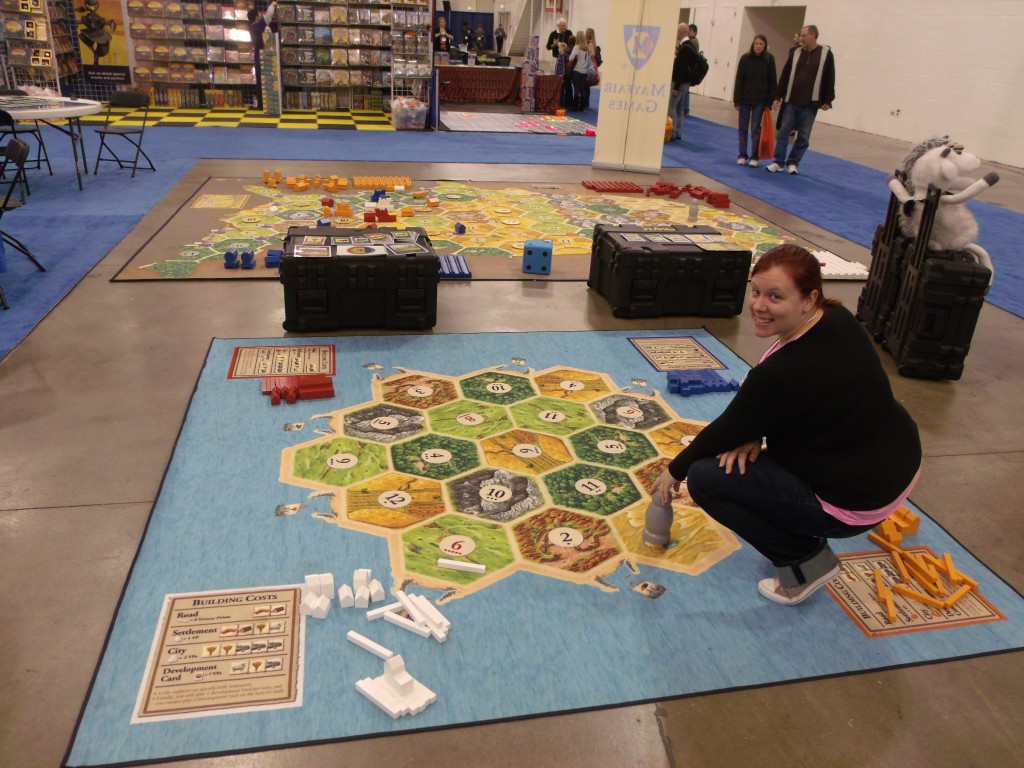 Of course, I later found R2 and thanked him properly. 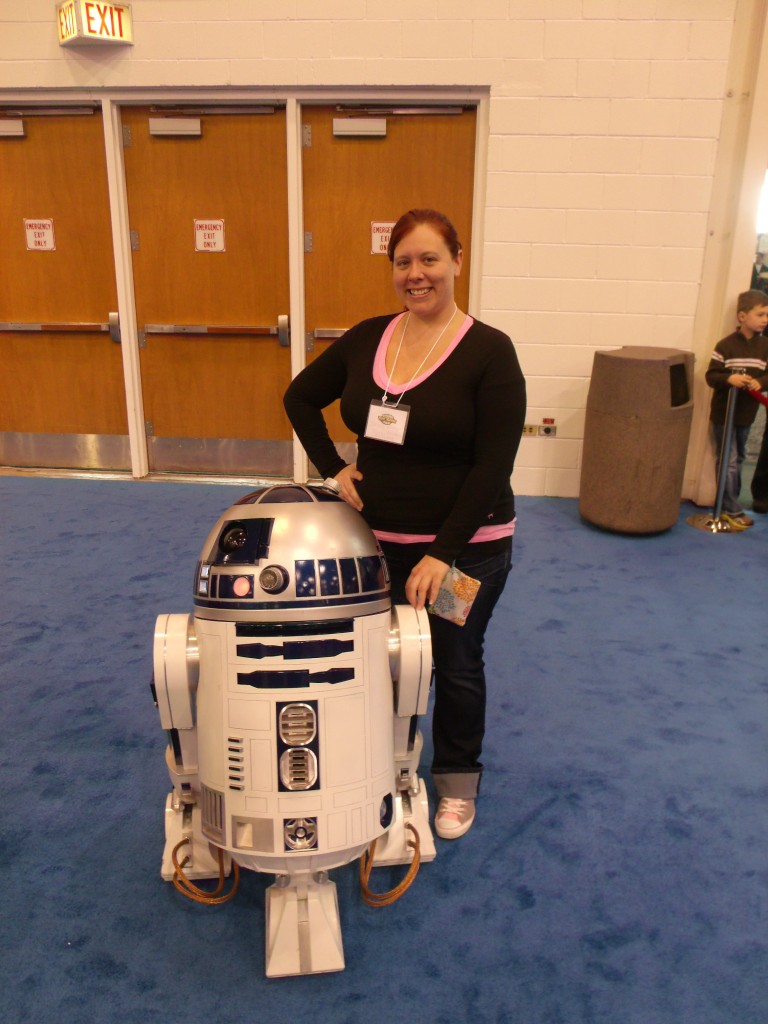 And I realized. Oh. My. God! I’m hanging out with R2D2! I used to have an R2D2 underwear and sleep tank when I was a wee one! So cool! 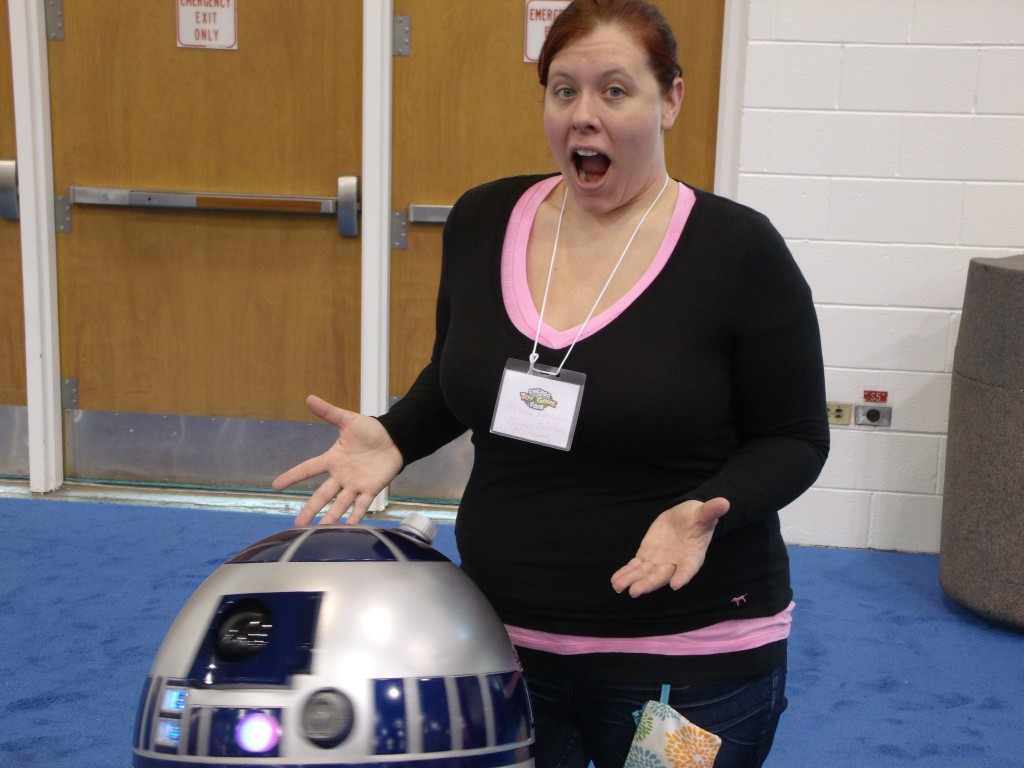 After leaving R2 to go find C3PO (who I used to lovingly refer to as 3PPO, because one time it made my older sister, Deven, laugh…I didn’t realize that the joke only works once, yet), Brian and I perused the fair floor. I was on a Scavenger Hunt to tweet a bunch of cool stuff.

I ran, not walked, into the Bananagrams booth for fun with giant bananagrams! 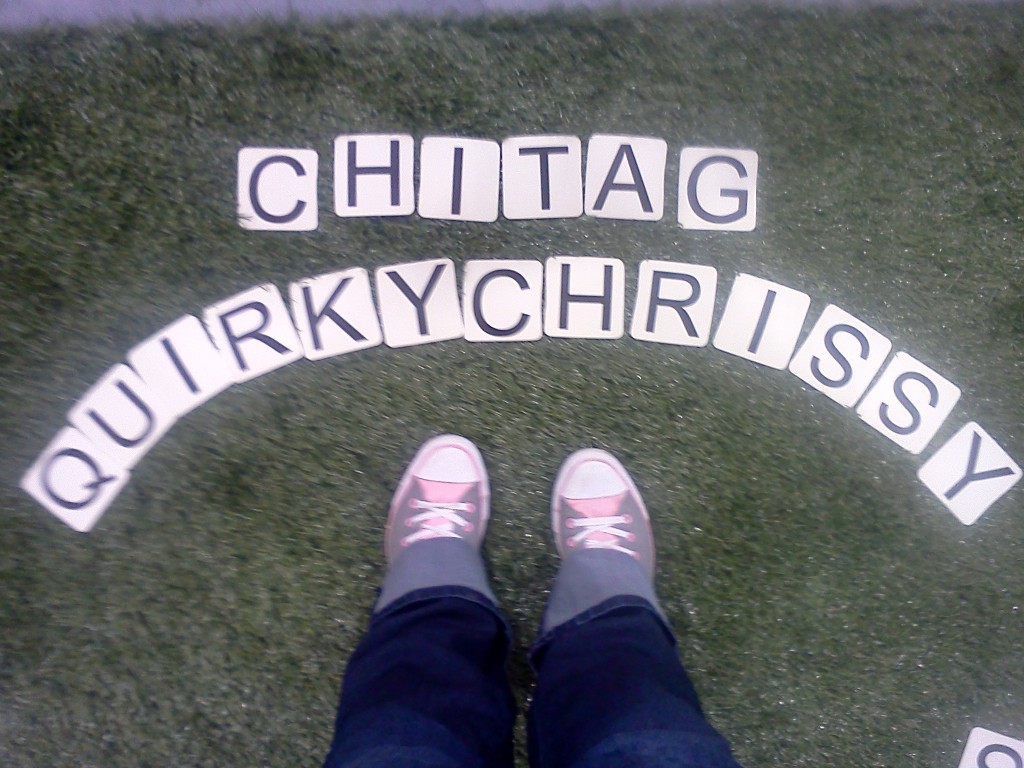 Thanks to the fine people at Bananagrams, I’ll also have the joy of reviewing Pairs in Pears and Zip It! Little A and I are going to rock out those games like rockstars. My goal in life is to turn my godson (Little A) into a genius gamer kid. So far, it’s working.

We played some games. We met some cool game inventors. We saw some really awesome booths.

Then I competed in a Settlers of Catan tournament. 2nd place, 2nd place, 4th place in the rounds respectively. Not bad considering it was the 2nd, 3rd, and 4th time I had ever played the game in my entire life.

I didn’t advance in the tournament, but I had a great time.

I left with all sorts of games and toys to test out with the kiddos, and I can’t wait! I’m looking forward to trying out all of my new games and reviewing them for you, fair readers! Get excited!

*I was not paid to write any of the nice things posted in this blog. I was given free admission to the Chicago Toy & Game Fair for myself and my boyfriend. I was given a gift bag with free samples, games, and promotional materials. Individual game booths also provided me with free samples of their games to play test them and write about the experience.