Yes, it is Monday, and for today’s Memory to Make You Laugh, you can head over to my WordPress blog to read about back pain. But here at Quirky Chrissy, I’ve got an exciting post lined up.

As many of you may remember, I was invited to attend a really spectacular event in Chicago, last month: The Chicago Toy & Game Fair.

At this event, I was invited to meet with game inventors, visit booths, and learn about new and popular games. I was also given a variety of free products to try out, and write about for you, my loyal readers!

One of the games that  I was very excited to play was Pairs in Pears, by the creators of Bananagrams.

If you haven’t heard of Bananagrams, shame on you! It’s the perfect game for word ninjas or word ninjas in training. I first played it when I was student teaching. We used it in the resource room on Fridays. The students loved the break from homework or silent reading, and I loved playing with words. It worked out really well. But this review is about Pairs in Pears, so I will leave Bananagrams for another day. 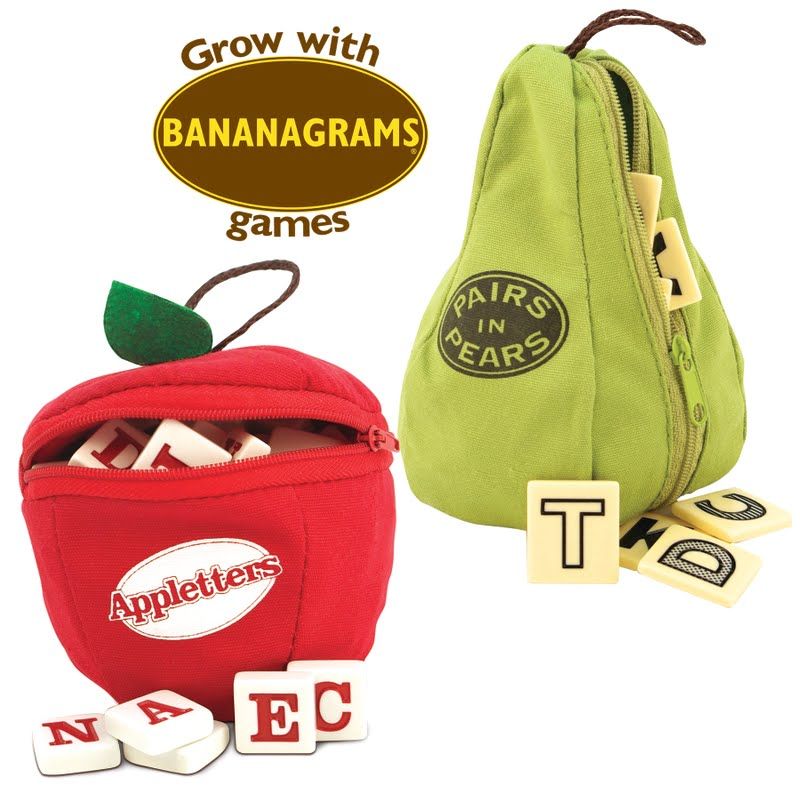 What an excellent game. Much like its counterpart, Bananagrams, PAIRSinPEARS is a word ninja game. With several play options, this game is absolutely perfect for a variety of ages. The letter tiles are larger than those found in Bananagrams, which makes it easier for younger (and older) eyes.

As some of you may know, I spent the last two summers teaching reading comprehension, a position that I am incredible proud of and humbled by. I worked for a truly amazing company that not only worked with students who were sometimes considered “unteachable,” but we were able to teach them to read, spell, and write. My 5-year-old niece, The Princess, and my 7-year-old godson, Little A (or A, for short), both have some difficulty with the process of reading/writing. Now, they’re relatively young, but with my knowledge of literacy, I know that it’s important to boost their reading skills younger rather than waiting. PAIRSinPEARS is the perfect game to help Auntie Chrissy.

Kids don’t want to feel like learning is a chore. Especially when they’re hanging out with their favorite aunt. A loves games. Loves them. Like me, he developed the love early on, and it was evident that most of the grown ups in his life were not down with playing games. As I once spent many a Life games playing with my dog, I feel that it’s my duty to play with A and teach him about the joys of gaming. So a few weeks ago, I brought PAIRSinPEARS out to play with him.

The beauty of Pairs in Pears is the versatility. There are 8 different formal activities documented in the game rules, and 2 different competitive games (with varying degrees of difficulty for varying ages/reading levels).

A and I played the basic competitive version with my cousin, Rachel (A’s mom). I would be lying if I said we played fair…We definitely let A win, because with him it’s a learning game, and we want him to know he’s doing well (and we want him to have fun…and winning is definitely fun). The basic play for this game involves dividing up the letters equally among players, and racing to see who can build cross words faster. Here were A’s favorite words to use. Cute right? 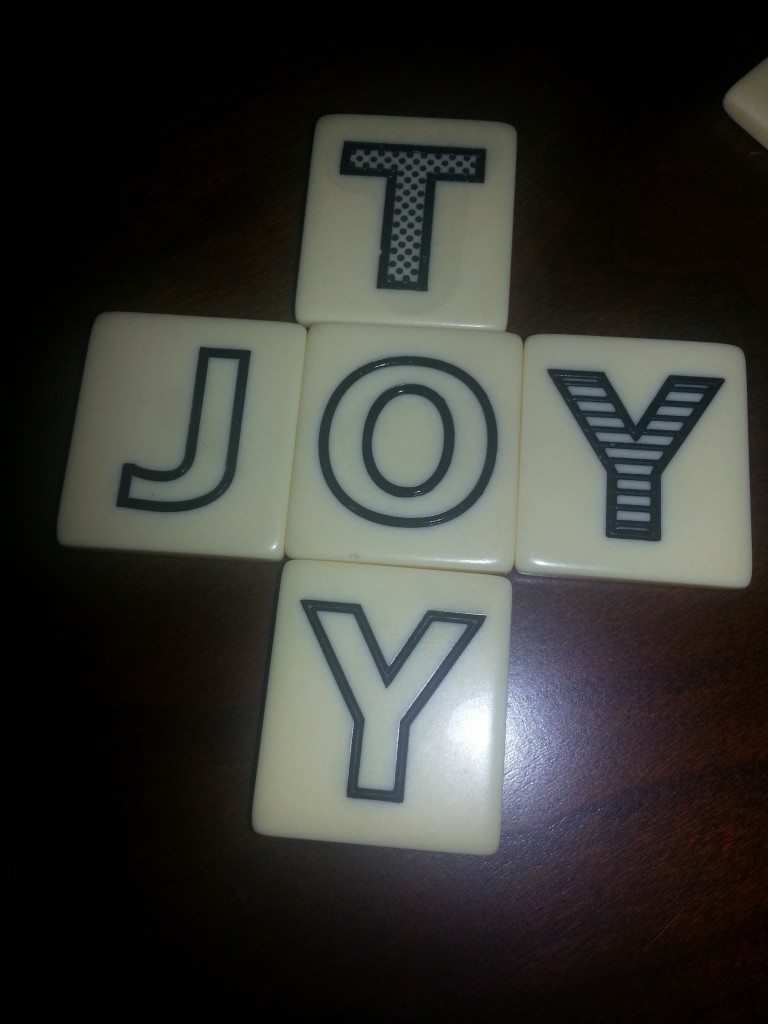 A required a little help, and it took him a while to get the basic idea of the game, but once he was in a groove, he was all over the place. he loved rhyming words because it was easier for him to find the same letters, so we let him play that way for a while…Then we upped the ante, by telling him that all of the letters had to be different. In addition to building his spelling skills, we were working on his vocabulary, too! By the end of the day, A was begging to come back and play more games with us.

A few days later, I had The Princess over. We were talking about school (she’s in Kindergarten) and she told me it was really hard for her. She said that she could read the letters, but had trouble spelling the words. Of course, I broke out Pairs in Pears to play-after I told her my secret: “Auntie Chrissy is really really good with words. She knows how to teach spelling and reading, so that you can be the smartest girl ever. Do you want me to help you?”

Her eyes got really big and wide before she said yes. (What can I say? I’ve got a magical way with the kiddos.) So we started playing some of the basic skill building activities that are discussed in the PAIRSinPEARS instruction booklet. We played Letter Hunt (in which I tell her what to look for, she finds it and uses it for whatever purpose. She found her name and spelled that. She found the vowels. She found a few other short words that she knew.) It was fun for her. And she was showing me what she knew.

Then we played Sound it Out, where I showed her letters and she sounded them out, telling me words that started with the same letter. She loved that game too. After a little while, she did get tired of letters…I could tell because she looked at me and said, “Auntie Chrissy…I think we should let my brother play with the letters.” He’s 2. You see where this is going. But it’s understandable. Her brain was working super hard! I used to have a student who would like at me with an adorable little lisp and say, “Yoooouuuuu make me so tiiiiiiiwed. Yoooouuuuu make my bwain huwt.”

All in all, PAIRSinPEARS is an AWESOME game. Both The Princess and Little A will be returning to our place to play the fun word game that they just learned. Their parents are thrilled, because it’s helping them learn, and they just think they’re playing games! I’m not sure that I would recommend this for a 3-year-old, but my 5 and 7 y/o niece and nephew think it’s a great game. As an educator, an auntie, and a gamer, I think so too.

You can buy a copy of PAIRSinPEARS for yourself at Barnes & Noble or Target (in stores and online!) With a low price of $14.95, this would make an awesome stocking stuffer for any kid or kid at heart!

**The opinions expressed in this blog post are my own. The fine people at Bananagrams DID give me a free copy of PAIRSinPEARS to sample and review. They DID NOT compensate me for my opinion in any way, shape, or form.