Brian is the hardest person in the world to shop for. Not because he’s picky. Not because he doesn’t need or want anything. Not because he only likes expensive things. No. Because he freakin’ buys whatever the hell he wants, even if it’s just days or weeks before Christmas or his birthday. Which makes it really hard to get him a present. Last year, he had briefly mentioned something about how cool straight edge razors are. I thought to myself, Yes! The perfect gift idea. Likely useless, but at least it’s cool and he’ll be excited about it.

Last November he went and bought this, which he’s used once and is now merely decor in our bathroom:

Which is why I thought it was funny when he sent me this Christmas meme: 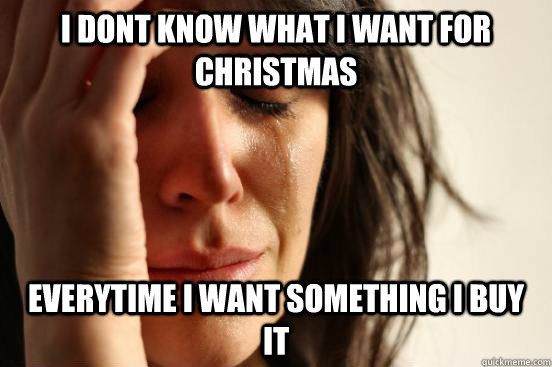 Of course, I put the kabosh on him being allowed to buy anything for himself this year from November until Christmas by insisting that we get an apartment. (And then we needed all of this big stuff (Couch, dining table, chairs, TV, coffee tables, kitchen stuff, bathroom stuff), so he couldn’t buy other stuff. Sneaky, right?)

I’ve got an excellent Christmas present already bought and triple wrapped. (I’m sneaky like that.)

But he keeps telling me that he already knows what he’s getting me. And my anxiety of him not making purchases until the last possible minute is rising. So when I asked him what he was getting me, and he said he wasn’t telling, I asked if it was bigger than a bread box. And he said… it IS a bread box.

This bread box. Except that it is sold out. And no packages have arrived at the door with his name on them. And I am suspicious that it is not a bread box. He’s sneaky like that. But if he needs some stocking stuffer ideas, he can always check out my Christmas Letter to Santa. 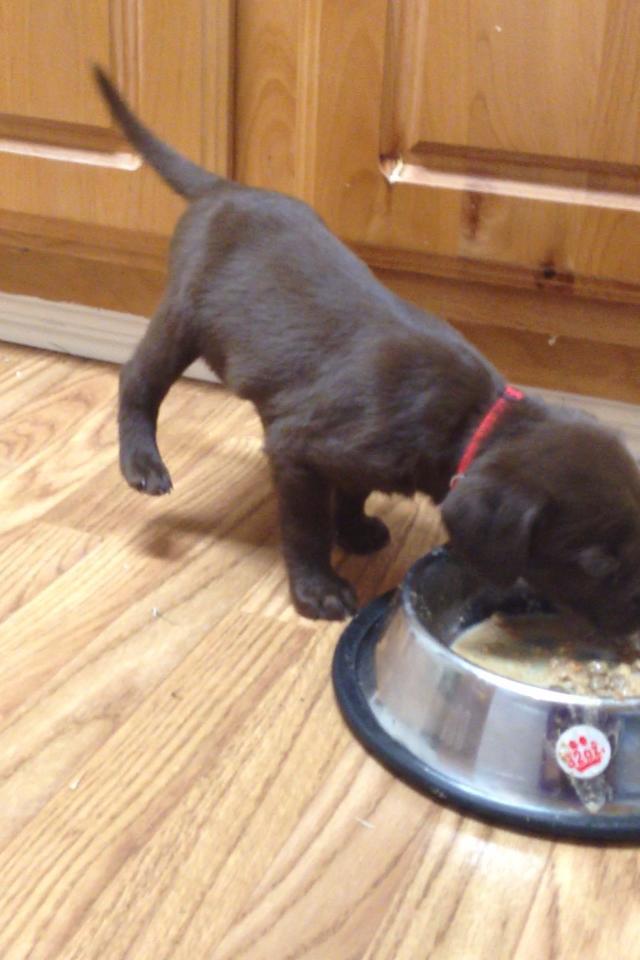 Brian sent me this when I was in major back pain this week. So of course, I asked if we could get one… (You can learn all about our hunt for the perfect pet in the back issues of Brian Shares Saturday.) His response? “But his head is too big.” I told that our future puppy, Ernest, would grow into his head. (I have a thing for naming animals and potentially children after authors and book characters. Is that bad?)

Brian sent me an article that he found on Slashdot about how cheese has been a big part of humanity for 7500 years. I’ll bet in all that time not one human loved cheese as much as me. Maybe a robot, but not a human. Cheese! 7,500 years. That means cheese is historic. Excuse me while I go snack on some havarti.

I have an unnatural deathly fear of deer. More on that story another day. I promise. But Brian thought it would be funny (READ: start a fight) to show me some pictures of deer that are even more evil than I originally feared. I’m sorry dear Blog Lovers, but I can’t bear to post the actual pictures of said evil vampire-esque deer… but I can link you to the original evil deer picture that Brian sent me. And the subsequent pictures that ensured he would never have another home cooked roast beef in our kitchen again. It was very mean, knowing how scared I am of deer to show unsuspecting me these horrifying pictures.

Vengeance will be mine.