I live in the Midwest. We get snow. Sometimes, we get a lot of snow. Like a couple of years ago during the giant Chicago Blizzard of 2011, also known as SnO-M-G, Snomageddon, or The Snopocalypse, when the world as we (Chicagoans) know it was put on hold for a whole week(which actually felt like a lifetime.)

So when my senior year came, and I was granted the coveted spot at one of the parents’ friends’ parents’ house across the street from our high school for the year, I was the happiest teenager ever. It was about 10 feet closer than the 50-spot lottery student lot. It was a mile closer than where non-lottery winners parked. It was awesome. And several of the kids in the neighborhood benefited from this spot. I drove my brother, myself, and at least 3 other kids to and from school on a daily basis. My Ford Explorer could fit several more (shhhh, don’t tell my mom), so sometimes we did.

One winter day in the early months of 2001, a blizzard was set to hit the Chi and surround ‘burbs. It was a normal weekday, and we had all made our way to school like it was no big thing. At about 9:30 in the morning, though, my brother and I were paged to the Dean’s office. Unexpected, but not unusual, I made my way to the office, where I sometimes spent a little free time, partially because I kind of liked the deans…and mostly because I was a total suck-up.

Mom had apparently called and told them to send her children home, because the blizzard was about to get bad she was not having and of this 17-year-old daughter driving home in a blizzard crap. Brian and I high-fived (does it confuse you that my brother and my boyfriend have the same name? My family hates it…There’s also a girl Bry in our fam too…and a boy Chris…it’s funny…err anyways…) So we looked at each other, plotting with the wonder twin powers (we’re Irish twins)…and I looked at the Dean and said, “What about the other kids we drive?”

The Dean looked a little confused and I went on…”There are 4 other kids who depend on us for a ride home every day. What about them? They need to leave with us, too.”

The Dean stared at me. Not surprised, he shook his head at me. “Write down their names.” A few minutes later, one by one, my friends from the neighborhood started piling into the office. The Dean greeted them as I grinned my Cheshire grin, “Call your parents. If they give you permission to leave school early, you can go home with Chrissy and Brian.”

30 minutes later, 6 of us were headed back to my house, where everyone was to stay until their parents got home. Mom made homemade chicken soup for everyone, while we played in the snow. We got the next day off of school with everyone else, but no one else got a day and a half, like we did. And it was a magical day. 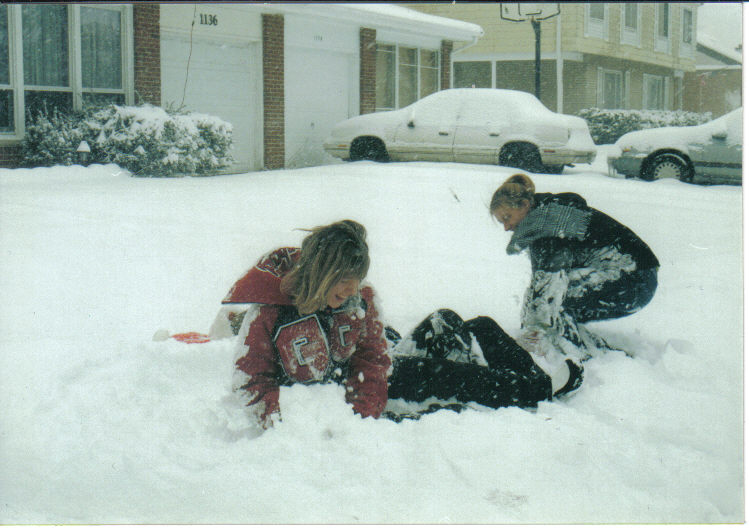 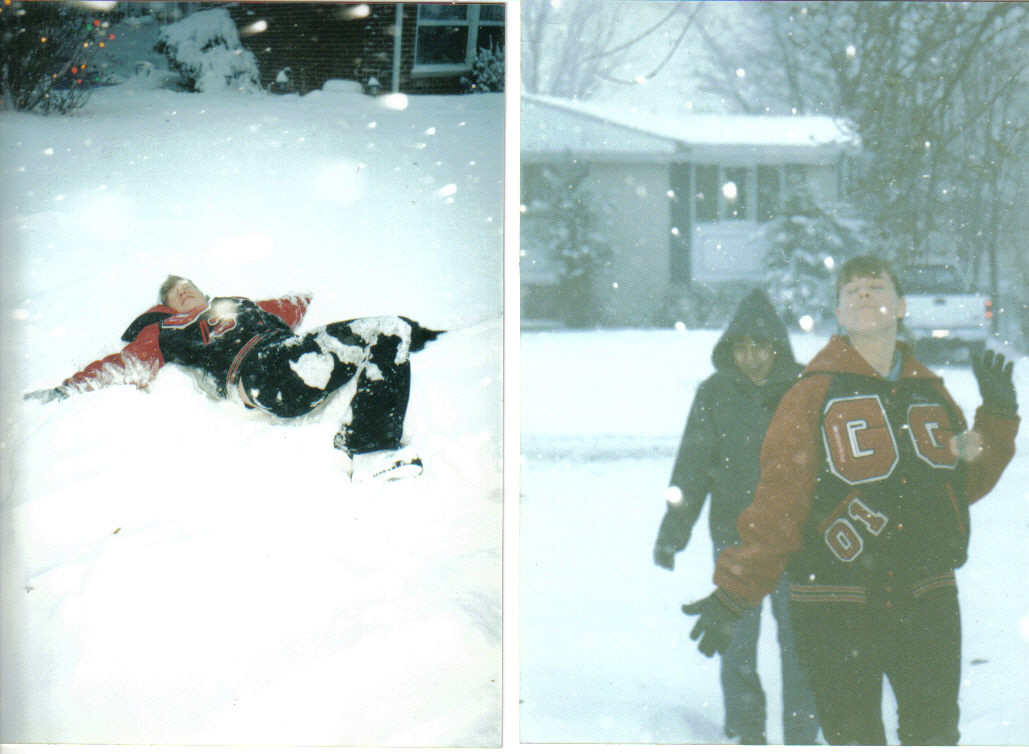 Do you have any snow day memories, Blog Friends? Tell me yours!

Also, if you are interested in doing Monday Memories with me, I think that each week I’m going to have a topic, so let me know and I will give you the topic and link to you!

While you’re here, please click on this button to vote for me on Picket Fences. Just a click and that’s all! Thanks!

Oh and if you’re feeling EXTRA generous…you can go nominate me, Words for Worms, and any other bloggers that are AWESOME (I’m looking at you, B(itch)log, First Time Mom & Dad, It’s a Dome Life, Pocketful of Joules, Megcentric, That Ash Girl, Baking in a Tornado, and the list totally goes on, but I’d like to get this post published today and not next week…so if I read you regularly, odds are I nominated you, too–I think I nominated like 25-30 different freakin’ blogs!) for the 2013 Bloggies.