WTF Wednesday: You Are Exactly the Same As You Used to Be

17 years ago this coming summer, my mom took me, and my three best friends, to see the Wallflowers and the Counting Crows at The concert venue in Tinley Park, IL that has changed its name so many times in 17 years, that I don’t even remember what it was called back then. We were 13. Yes, 13. Our very first concert. My 8th grade graduation present. Because my mom had taken my then-sister, now-estranged-sister Deven to Bon Jovi when she was 13. I used that as leverage. And besides, my mom was rockin’ out to Jakob Dylan with the rest of us.

Remember how I told you that Katie used to wear band tee shirts? The Wallflowers and Bon Jovi were the only two band tee-shirts that I had. And I wore them with pride. (Side note: If I can dig up the shirt, I’ll snap a picture of it later today when I stop by my parents house.)

So when Brian came home two weeks ago (during a pretty rough week) and said, “Guess who’s going to be at the Tivoli (small OLD amazing theater in downtown Downers Grove)?” and I couldn’t guess right anyways…he told me, “The Wallflowers.”

And I was all, “That was my first concert.”

And he was like, “I know, that’s why you should be excited! Because we’re totally going. Tickets go on sale tomorrow.” 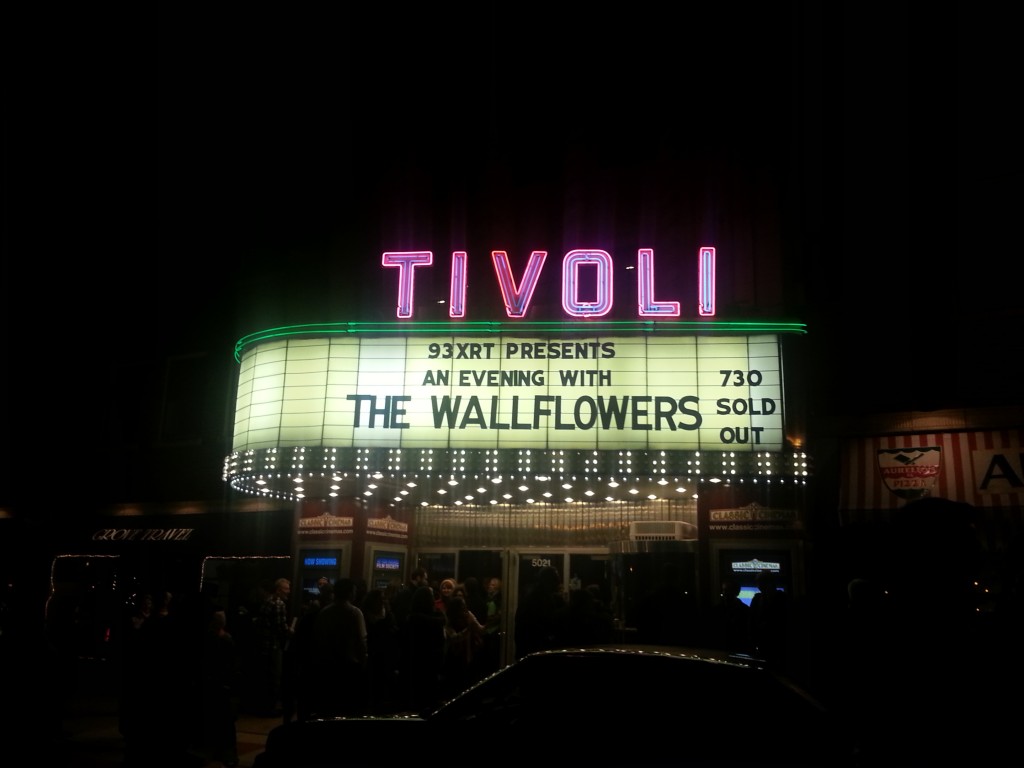 So last night, we had an evening with the Wallflowers. It was like a jam session. It was fucking awesome. Jakob Dylan sings better in a studio, but they rocked out the instruments like motherfucking rockstars.

The only other bands/musicians that I’ve seen more than once  were Bon Jovi and The Backstreet Boys (stop it. Stop judging me. You know you loved boy bands a good decade ago…)But last night was different. Because I started noticing things. And they weren’t good things. While Jakob Dylan and The Wallflowers were “exactly the same as they used to be,” the crowd…the crowd was not.

Sure, there were still people who had gotten super stoned…There was still that woman who did a little coke before entering the theater and obnoxiously jumped up and down while everyone else was sitting…And I was still the youngest person at the venue…But the crowd (myself included) had aged significantly. WHY DOESN’T JACOB DYLAN LOOK OLD?!

No one threw their bras at Jakob Dylan…

I remember being 13, and watching bras flying on stage, thinking to myself, I would TOTALLY do that…you know, if it wasn’t a 13-year-old’s bra. That’d be a little awkward.

Most people were sitting down…

I mean it was a nice theater. The seats were comfy. It was more of a jam session that a crazy pumpin’ concert. And I got old. And kinda liked it.

No one had lighters anymore…

Back in the day, you may not remember this, but people used to hold up lighters when a great song was playing. No one carries lighters around anymore…It’s a lost tradition that our children and their children will probably never know. I remember a few years later, people would hold up their cell phones with the lights glowing…but now that doesn’t even happen. Because the cell phones are now cameras…which leads us to my most important point…

Half of the crowd was NOT watching the show…

Because they were too busy trying to capture it on film. You’ll note that I have one picture from inside the theater. ONE. No videos. No crazy awesome snapshots. Because I enjoyed the concert. I swayed to the music. I danced to my favorite songs. I took everything in. Including the fact that HALF of the people in the audience were too busy videotaping the show with their phones to actually appreciate the concert. It was worse when songs like One Headlight were playing or super awesome instrumental solos were happening. 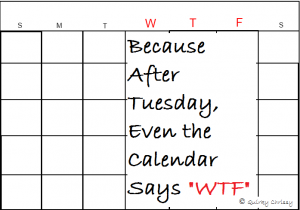 What the fuck, people? When did we worry more about capturing things in life than actually living live? Stop for a minute. And just let life happen. My friend over at the B(itch)log wrote a post about a self-imposed technology strike and how people are all about capturing everything on film and it really resonated with me. (If you don’t read her, you fucking should. She’s awesome.)

I watched as all of these people were watching the LIVE concert through their tiny cell phones and tiny cameras, blocking the views of the people behind them, so worried about getting the right angle for the shot, that they must have forgotten where they were.

I’ll admit that I’m guilty of snapping shots of my food. I want to show the world the delicious things I eat. Because, really, you need to understand why I’m a chubby kid, right? But I try really hard to live my life, and only capture on film what I need to. We take hundreds of pictures on vacation, but the really candid stuff? The things that happen that you just WISH you had taken a picture of? Those are truly the best moments. Because we remember them in our hearts and in our minds.

Another friend of mine is taking a social media break. FOR LENT. 6 weeks without Facebook. Or Twitter. Or cat memes. She’s blogging about her experience without social media, so you should ALSO check out her blog, Grass Oil. Instead of living life through Facebook and Twitter, she’s just living life.

So go out there, friends, and LIVE LIFE. Stop trying to capture it all on tape. Unless it’s some momentous occasion, like when I dreamed (two nights ago) that I was in Paris with Vince Vaughn, Leonardo DiCaprio, Robert De Nero, Matt Damon, and David Tennant…and you know what? I still didn’t manage to get my picture taken with any of them!

What was your first concert? What’s changed since then?