I’m pretty sure childhood in the late 80’s was vastly different than it is today. There are so many things that were okay in school, social circles of parents, and overall society that just aren’t the same. I also have this very unique view on alcohol and bars and children. Not because my parents were alcoholics, because they weren’t. Instead, it was because they owned a bar. My childhood memories often involve the deep-fried, kiddie-cocktail, quarters-for-pinball experiences that are often reserved for comedy movies with a quick jab about kids in country bars. 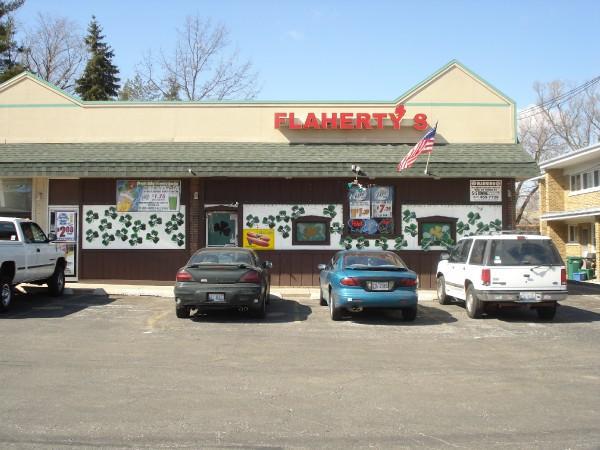 Except that I was a baby in a bar. And it wasn’t a bad thing. It gave me some insight into the world that most kids don’t get.

1. Bottle caps were a thing

On Day 100, all the kids in the younger grades were charged with bringing in 100…somethings. some kids brought buttons or toothpicks or pennies. I brought in beer bottle caps. (I mean they were washed and shit! No biggie.) This was in the late 80’s, and no one seemed to mind as much back then.

2. My parents knew my teachers…and what they liked to drink

This started in kindergarten and didn’t end until my teachers were professors in Peoria at Bradley. I’ll never forget St. Patrick’s Day my junior year of high school. I was bussing tables and washing dishes to earn my keep, when I looked up and saw my chemistry teacher, his Bud Light and a caramel-colored liquid in a shot glass.  across the bar, a mere two feet from my face. We made eye contact and it was all awkward from there. “Hi Mr. Johnson.” Long pause “Hi Chrissy.” The following day at school was no less weird. It’s not like he didn’t know my parents owned the bar…he just wasn’t expecting to see me behind it.

We woke up on St. Patrick’s Day morning, and there were often little green presents on the dining room table for us. Little trinkets and fun beer-logoed freebies from the bar so we could blink, sparkle and shine at work. Back then, no one cared in there was a beer advertised on my blinking buttons. By the time I was in high school, everyone and their mother cared. Times, they did a change.

4. We played Bartender instead of House and dreamed of the day we could be waitresses

My best friends and I used to play bartender at the home bar we had in our living room. And we’d practice our mad skills with trays full of drinks while on roller skates for the day we would become Flaherty’s waitresses and roller skates would become a thing. We were mini marketing geniuses. Tell me you wouldn’t want to hang out in a bar with roller skating waitresses. Just try.

5. Quarters were king. And they came for free

There’s something about an adorable gaggle of kids trouncing around a bar that makes grown ups want to give them money. We cashed in on this as much as we could. Sometimes, it was our parents. Sometimes, it was one of the many “aunts” or “uncles.”  And other times, it was a random stranger with a few quarters to spare. They’d play a game of pinball as we watched with awe and admiration…and then they’d leave the remaining credits in the machine, telling us to each take a turn.

6. Few things in life were more exciting than a stolen shopping cart

When you’re a kid at a bar, you can convince patrons to do almost anything your little mind could dream up. We managed to get shopping carts from the grocery store across the street on a somewhat regular basis. We’d race each other around the back alley or the empty part of the parking lot with a freedom that a lot of kids don’t get these days.

7. I learned to hustle grown ups at pool

When I was about 9, my brother and I received our very own pool cues. We’d bet quarters and dollars with some of the local patrons and then pull out our special cues. We’d surprise the hell out of them and kick their butts. I’m pretty sure my pool skills peaked at age 11.

8. I created my own drink and named it. After myself. Obviously.

By the time I was tall enough to reach the pop gun, I was behind the bar mixing my own kiddie cocktails. My favorite concotion was the Chrissy Cocktail:

(Yes, that was a lot of grenadine. I was a kid in control of the cherry juice. Duh.)

(Yes, in college I added 6 parts vodka and the original drink became the Virgin Chrissy Cocktail.)

Not only was I a pinball wizard and a pool hustler…I was a jukebox hero. We were often given dollars for the jukebox too. We rocked out to Bon Jovi, Guns n’ Roses, Aerosmith, Ugly Kid Joe, Nirvana and more. There were patrons we need would get up and be foolish during certain songs and we owned the shit out of it. We were mini DJs on the dance floor.

10. I learned not to become an alcoholic.

This is the serious part of the list, but I feel it’s important to be said. Because I was able to witness so many different people over the years, I learned the difference between social drinking and alcoholism. I’ve been to more wakes/funerals and known more people who died from alcohol-related diseases than many typical 29(okay fine…31) year olds. My old boss (the one with no filter) once told me “you sure go to a lot of funerals” after a particularly depressing few months of deaths.

I enjoy cocktailing, but I try to avoid drinking to excess.

Now don’t get me wrong. I was never in the bar past 10pm (and that was ONLY on non-school nights after one of my dad’s softball games). My parents didn’t get drunk and drive us home. Usually, Mom was working behind the bar or waiting tables and Dad was holding court (this is what bar owners and their children do when they hang out in their bar. It’s a thing) or vice versa. When things started getting rowdy, we were hustled out of the bar and didn’t witness anything too inappropriate for our young eyes. Nothing your parents and their friends wouldn’t have done at home with a few cocktails, really.

What was your childhood like? Do you think parents were more lax in the 80’s and 90’s than they are now?