Practicing Self-Compassion After an Eating Disorder

WARNING: This post may contain triggers for and about eating disorders. I had intended to write about yoga, but this post molded into something completely different. 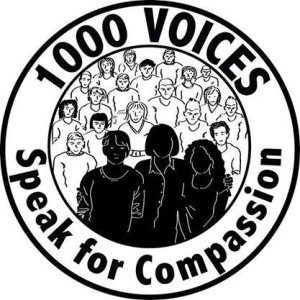 Today, 1000 voices around the world are speaking and writing about compassion. This movement isn’t intended to change the world, but maybe…just maybe..it might. You can follow the movement by checking out the hashtag #1000Speak or by reading posts on the 1000 Voices for Compassion Link Up.

Compassion. What a beautiful and complicated word. Want to complicate it even more? Direct it at yourself. 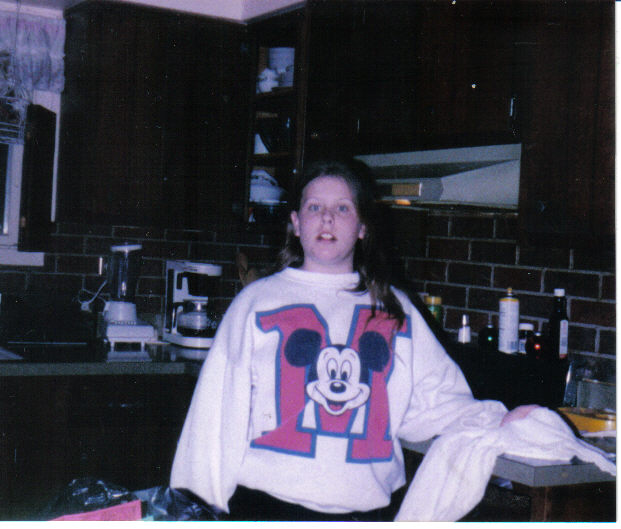 When I was in high school, I thought I was fat. I went on Weight Watchers for the first of MANY times. I lost between five and ten pounds. I would kill to weigh that much now.

In college, I went back on Weight Watchers with my best friend. I lost about thirty pounds. I would kill to weigh that much now. 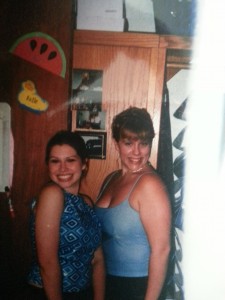 I guess it started in college when I was binge drinking. In college, I drank a lot. And I almost always threw up after drinking. When I felt sick, I’d preemptively puke. It seemed okay because everyone puked when they drank. And a lot of times, it wasn’t even preemptive…it just happened. I would drink to excess nearly every weekend.

And then it transitioned into something more.

At the end of and after college, I threw up. A lot. And it was no longer just because I was drinking. I purged daily for long periods of time. Some days it was more than once. Sometimes, after every meal. And after every snack. Between meals. Between dinner and dessert. I could go weeks or months without doing it. I didn’t believe I had a problem. And then one day, I would eat too much or not fit into a shirt the way I wanted to…and start again. I didn’t consider myself a bulimic. Because I was still fat. And I could stop whenever I wanted to. 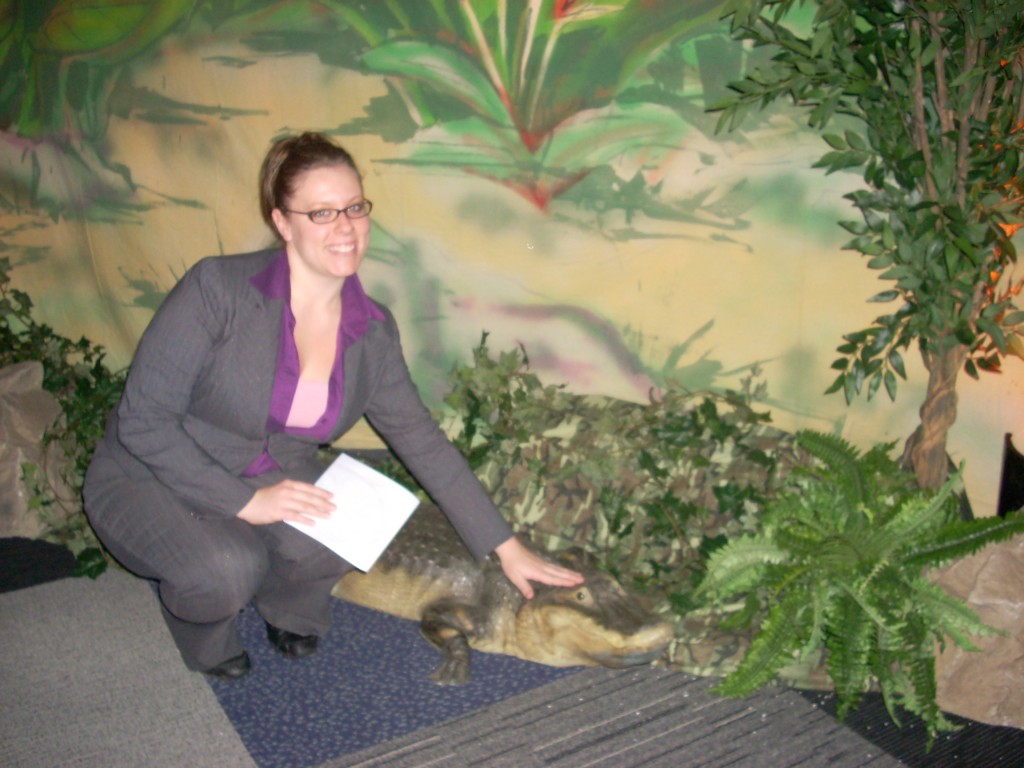 I would be eating something. And thinking about how full I was getting or how my stomach hurt just a little…and then I would think, well…just go throw up. And then I would. I started eating things that would be easier to un-digest. I preferred to eat out where I could purge in a public restroom rather than at home.  I would pull my hair back and take my shirt off before crouching over the porcelain god. I blamed itchy contacts for my red eyes after going to the bathroom. I carried gum and breath mints everywhere. I was strategic. But I still didn’t think I had a problem.

When my mom asked me about it, a couple years after it started…she was very blunt. “Are you bulimic?” She had seen remnants in the bathroom on a regular basis. The evidence was pretty stacked against me. 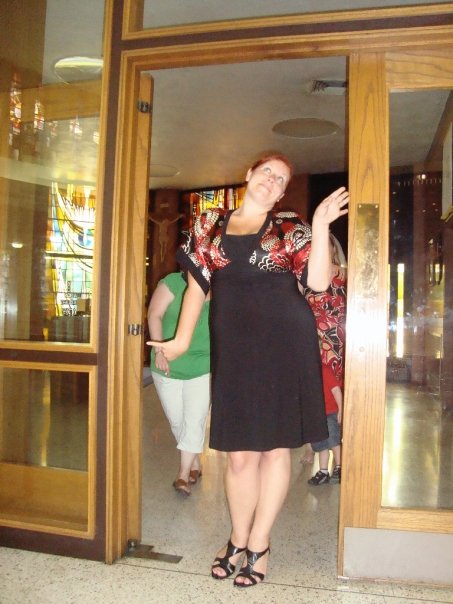 By then, I knew I had a problem. I had even admitted it to one of my friends. A friend I knew wouldn’t judge me…and a friend I knew wouldn’t take action. And she didn’t. But she would talk to me about it. And try to support me as best as she could. I responded to my mom in the only way I thought could be more evasive than point-blank lying. I told her I was just drinking too much. I wasn’t lying. I definitely drank A LOT. But I was still lying. To her…and probably to myself. 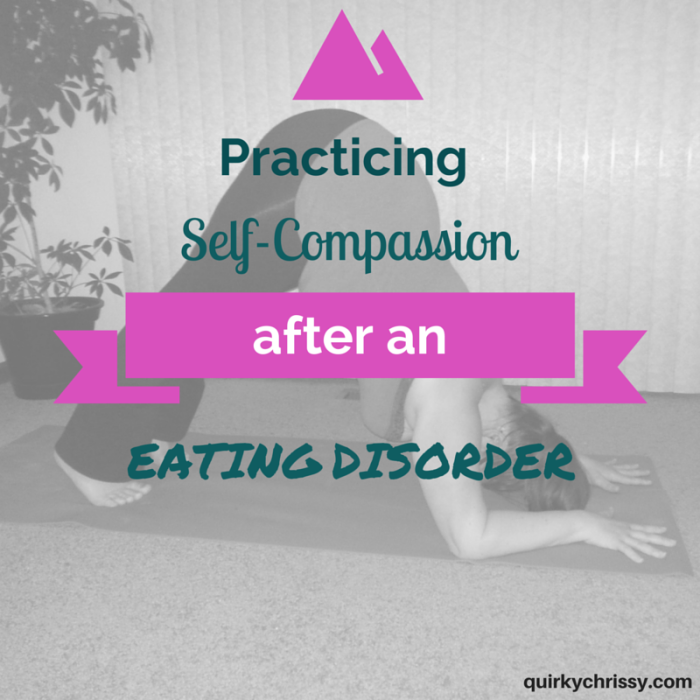 I didn’t have compassion for myself. I didn’t respect my body. One of the clearest memories through all of this was the control that I felt. It wasn’t feeling skinny or the satisfaction of eating whatever I wanted. It was control. I would stand in front of the mirror, suck in my stomach and think, I can control this. But I didn’t love my body. Not with everything I was putting it through. 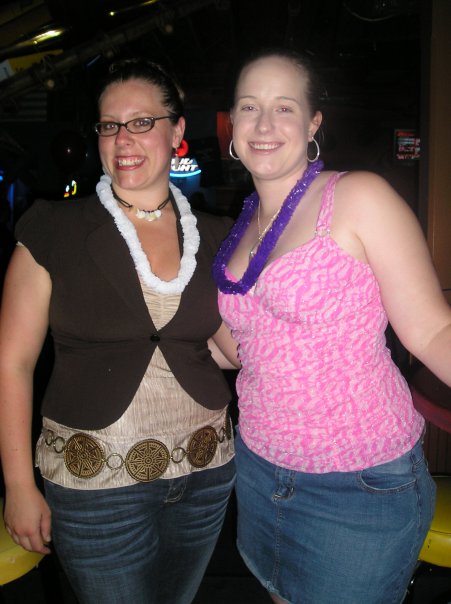 I remember telling another very good friend. Another friend who I knew wouldn’t judge me…but he would try in his own way to help me. And he definitely did. At dinner, he’d ask me why I was going to the bathroom at a restaurant. And eventually, just knowing that he had his eyes on me and could confront me held me back. When I was out with that group of friends, I would only go to the bathroom when I needed to pee, and I’d be fast about it. I puked less and less.

Somewhere along the way I stopped for good.

The funny thing is…as I was trying to find old pictures for this post…I couldn’t find one where I thought I was REALLY fat. But at the time…I thought I was huge. I know that I’m bigger now than I have ever been. And while I will continue to try healthy routes of diet and exercise, I’m becoming more comfortable with myself. I’m respecting and loving my body. Even when trolls on the internet think I’m fat. Or ugly. Or stupid. Or worthless. I am none of those. I am beautiful. And by respecting myself and my body, I can better show compassion toward others.

When we have compassion for someone, we sympathize. We empathize. We express concern. We show love. We sometimes pity. We worry. We care. We think. We share in the experiences of others. Compassion is difficult.

When we have compassion for ourselves, we have to dig deep to truly understand our minds and our bodies. We learn to respect what we can and cannot do. We strive to achieve. We exist. 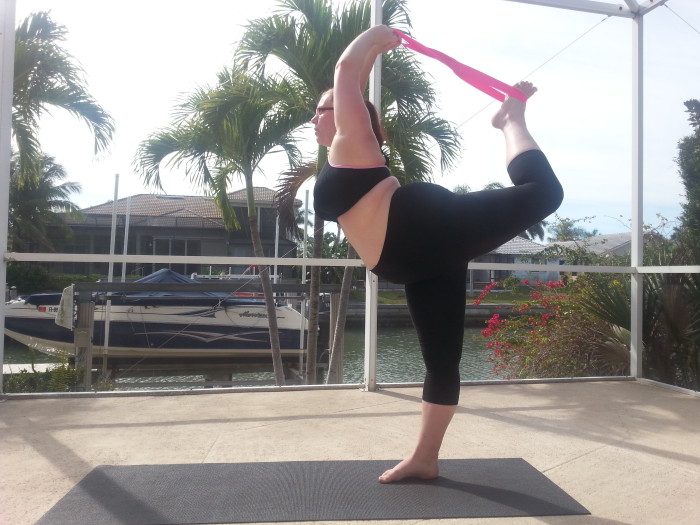 I recently started practicing yoga again. And I can’t tell you how much the support on Instagram and Facebook has meant to me. I’ve been participating in yoga challenges, and posting yoga pictures daily. Not only is it keeping me accountable, but I’m able to channel that same control I once had over my body into a new venture. Instead of controlling what goes in and out of my body, I can control how I move my body. And I can challenge myself while respecting my limitations and understanding that I am beautiful. Regardless of my size. Or whether society thinks I should take a picture of myself in a sports bra.

How do you practice self-compassion? Have you suffered from an eating disorder? How have you handled body issues for yourself?