Can I call you Cary? I hope so. I’m going to assume that you’ve probably forgotten all about me. And Brian. I’m really hoping you forgot about Brian.

So, I’ll start with this. I’m a big fan. Huge, actually. I remember seeing The Princess Bride when I was a little girl, and it premiered on television for the first time. We recorded it on our VCR. You were the perfect knight in non-shining black non-armor. And then there was Robin Hood: Men in Tights. I can’t even count how many times I watched that one. And Kiss the Girls. Loved it.  And of course, the original Saw. The most terrifying movie I had ever seen to that point…My girlfriend and I opened every door and turned on every light that night when we went home. So you’re pretty awesome in my book. Even if I’m barely a blip in yours…and well…let’s just hope our meeting didn’t put me on your non-blip, non-awesome list.

Let me give you a refresher so you understand where I’m coming from. It’s Valentine’s Day. In Naperville, Illinois. You’ve just finished a beautiful Q & A with someone who appears to be one of your biggest fans. You made us laugh. You told stories. You hugged some ladies, and I knew you were going to be perfectly wonderful when I met you. 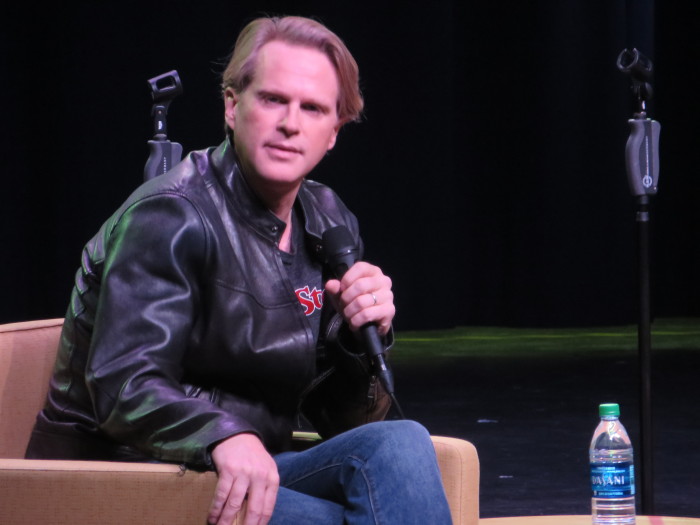 As I stood in line with my book (I was FIFTH in line, my friend. FIFTH), I watched as you helped people move the signing table across the hall so that everyone could get nice pictures instead of being drowned by the sun streaming through the windows in the background. You were so sweet. You shook hands with people. You made light small talk. You looked like the nicest guy ever.

I couldn’t wait to meet you.

And then it happened.

I had asked Brian (my adorably wonderful boyfriend – he really is. You just got the wrong impression of him. He didn’t mean it. I promise) to take pictures with my camera, and was planning on letting the camera girl from the bookstore use my phone. But Brian REALLY wanted to ask you a question.

I questioned what he wanted to ask, but I’ll be honest with you…it sounded kind of like Charlie Brown’s teacher. He just looked so INTERESTED…and it was Valentine’s Day. And I had dragged him to a book signing…so of course, I said sure. 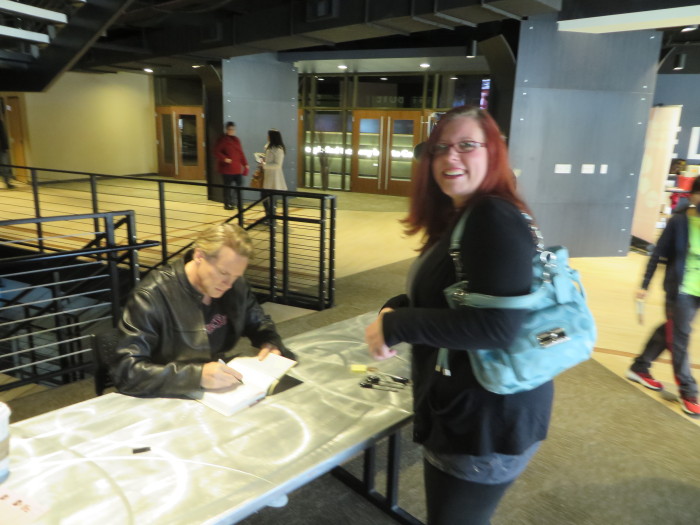 You shook my hand, and Brian apparently tried to take pictures…but he really wanted to ask a question…and so he came forward. I introduced you to him, and then he asked you what your thoughts were on the Dread Pirates in the news. I believe his actual question was, “How do you feel about the Dread Pirate Roberts being prosecuted for an online drug ring?” 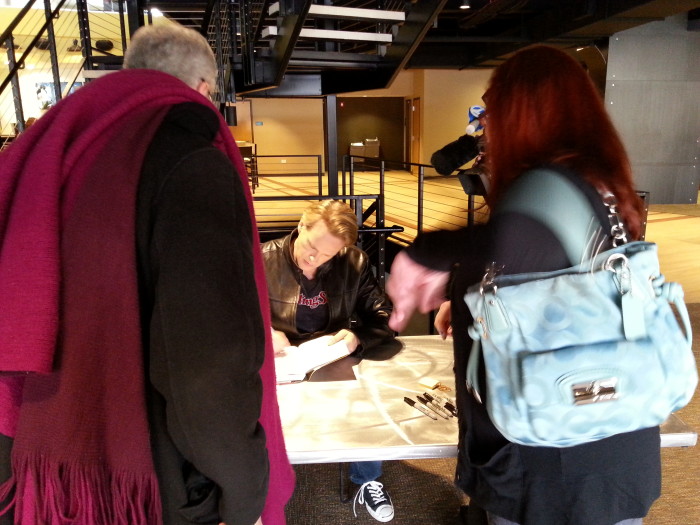 I’m SO sorry. It must have been embarrassing for one of the first people in line to catch you off guard like that. You see, there’s this whole Internet drug ring going on…and the guy in charge is calling himself the Dread Pirate Roberts…and the site got shut down. The guy was in court…And another one popped up. A Dread Pirate Wesley so to speak…

Brian thought it would be very interesting to hear your thoughts on the whole situation and your character being used for Internet misbehavin’.

And of course, the girl who interviewed you looked…SO ANGRY…I think she knew exactly what the Dread Pirate Roberts thing was. If looks could kill, she would have decapitated my boyfriend on Valentine’s Day.

Well, Cary…I walked away; it seems we were almost ushered away more quickly than I could even imagine…

The girl with my phone apologized. She tried to take pictures. She just couldn’t seem to get a good shot. She got the ones I showed above.

And I just kept thinking to myself…

What the fuck just happened?

It was awkward. It was weird. And I’m so sorry if it was embarrassing. I’m really good at making an ass of myself in front of famous people. Especially at book signings. Like that one time I met Jenny Lawson.

I walked away and fought back the tears. Everything I had been hoping for was shot down. I was going to try to make some adorably witty banter or ask you a question about your stay in the Chicagoland area. Were you going to see Mandy while you were here? Instead I found myself smiling like an idiot, confused, bewildered and done.

I wanted to go home, but we had planned to stay for the movie. We had dinner plans afterward and it would have been silly to leave.

Watching The Princess Bride made it a little better. It’s hard not to swoon and smile and laugh.

But nearly a month later, I’m still sorry. And I do hope that you’ll forgive us. We’re just a little awkward. We didn’t really mean it.

PS: You’re still as handsome as ever.