Riding in Cars with Boys

On Thursday, we scheduled our date for Tuesday, as The Grown Up’s weekend was already booked, and let’s be honest here…I had a date that Saturday night already anyways. But I couldn’t help but swoon about The Grown Up. I went into work the next afternoon, bragging to my bartender girlfriend. “I have a date with The Grown Up!” 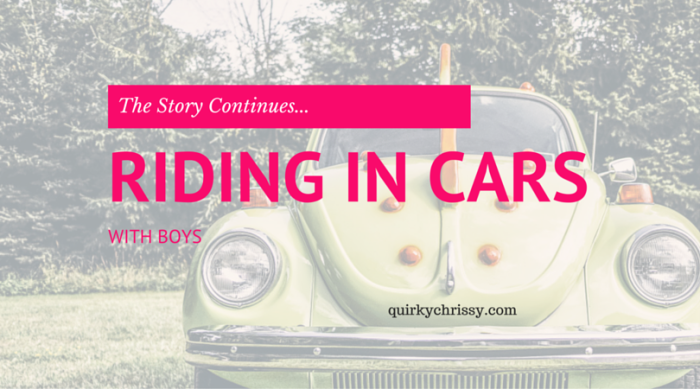 “Which one was that?”

“Tall, handsome guy I met when I used to do trivia?”

“No, not that one. The really smart guy who I e-mailed back and forth with.”

“No. That was McDreamy.”

“Maybe. Was he here with Jack?”

This was a common exchange between my friends and I, which is why the nickname system was relatively important if I were going on a date with someone.

I went through a complete rundown of interactions with The Grown Up, from the day we met to the personality test pick up line that got me a date. (There was a lot of stalking and waiting and  desperate chatting in the three months from start to go time. You can catch up by starting with the day we met and work your way back here. I’m nothing if not linear [and I’m totally lying…except for the part where you can read the whole story. That part is true.]).

We didn’t set a plan until the following Monday, when The Grown Up messaged me asking if I preferred Italian or Indian food. Wow! He was picking a nice restaurant! I’ve never been a huge fan of restaurant Italian food, and I’d never had Indian food so either way, it could be the best/worst night. I told him I was adventurous and let’s try something new so he made reservations at an Indian restaurant.

Then he asked if I wanted to meet him there or if he could pick me up in his “pimpin’ ride.”

I almost died right there.

I had dated a car guy in the past, and I was torn. In addition to my stellar dating advice, I had all these dating rules for myself. Not unlike my bar rules.

1. First dates should always be short – coffee, drinks, mini-golf…they should have an easy-out end time.
2. Always ride in your own vehicle so you can escape quickly if you need to. A getaway car is necessary.
3. Let’s not even get into the no date unless he’s actually called me first rule, because we TOTALLY botched this one up. As evident by 3 months of whatever the fuck that was.
4. Don’t date boys who love their car more than you.

And then my curiosity won, as it usually does, and I decided let him pick me up for our first date.

Over the 4 days, I managed to brag to anyone who would listen that I had a date with a grown up. My older cousin told me it sounded like I was going out with my first man.

My dear friend CC swooned with me, when I told her he was picking me up in his pimpin’ ride.

Katie mostly grazed over another date with another boy (she had been dealing with my bullshit for years. It was allowed).

Jonathan commented on how boys just fell into my lap and it just wasn’t that easy for dudes.

But mostly people were excited for me. Worst case scenario was that I would have an awesome story to tell. And since I’m telling you this story…you know SOMETHING happened.

So on the night of our date, I chose the perfect, casual-but-cute outfit. Jeans, a dressy top, and high heels. This was as strategic as it was aesthetic. I was young and thought I’d wear high heels forever. I needed to know he was taller than me in pumps. And let’s be honest, they made me look skinnier. I was ready to go around 6 pm, shortly before he was scheduled to pick me up. I was terribly nervous, and half tempted to pour myself a couple of shots to make it easier.

I refrained from boozing up early for fear of scaring off The Grown Up, so I paced back and forth in my bedroom. When he pulled up, I saw him right away (my bedroom was in the front of the house). Holy shit.

His pimpin’ ride was a tiny. Green. Mini Cooper. A car I absolutely hated. And made fun of. All. The. Time.

My judging game was strong.

I almost didn’t walk outside. But I had given him my real address. And my mom was home. And the LAST thing I wanted was for him to come to the door. And so I stepped outside. And laughed at the ridiculousness of it all. And realized it was probably a good thing it wasn’t a muscle car. At least I wouldn’t need to compete with a large hunk of metal on wheels. As I made my way to the car, he opened the door for me and our date began.

What dating rules have you broken for someone? What’s your least favorite car? What are your dating deal-breakers?

Find out about the date in the next post… 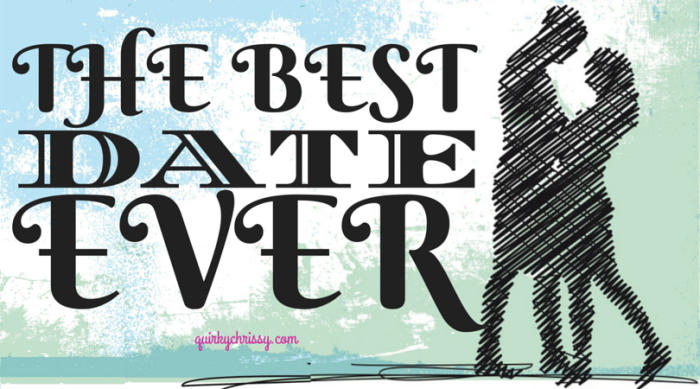