Sometimes, Brian sends me an animated gif of some magic foodie creation he wishes me to make a reality.  Many times, I just laugh it off, and tell him he has two hands so he can make that shit himself (for the last time, BRIAN, I am not making a fucking turducken). But sometimes, like that one time I made an ice cream sandwich cake, I realize he’s discovered gold, and I should go help haul that shit home.

Other times, I look at the project potential and think, I like all those things. That gif is a magical creation sent to the Internet by God, himself. I will make that delicious feast. Such as what happened with Brian’s ice cream cake a few years ago. It’s also what happened when he sent me a gif featuring Flamin’ Hot Cheetos Mozzarella Sticks. Of course, I wasn’t in the mood for the fiery red poops that go along with Flamin’ Hots (come on, you know that happens…) when I decided to surprise Brian with homemade mozz sticks. So I opted for the less flamin’, still kickin’ Cheddar Jalapeno Crunchy Cheetos. Second only to Puffs, these delicious beasts are amazing solo…and pretty damn delish when paired with more cheese.

Step 1: Set out your breading station. You’ll coat the sticks with flour first, then egg, and finally the Cheetos. 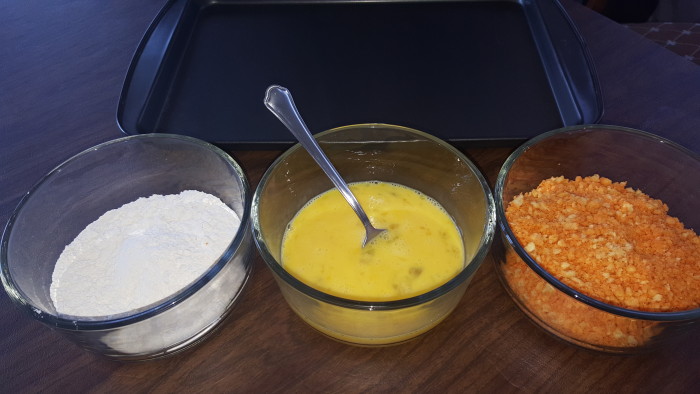 Step 2: Begin by coating a stick with flour. Make sure to cover the entire cheese stick. 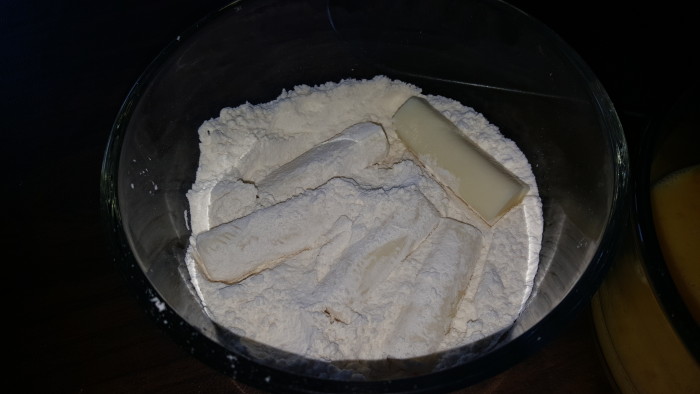 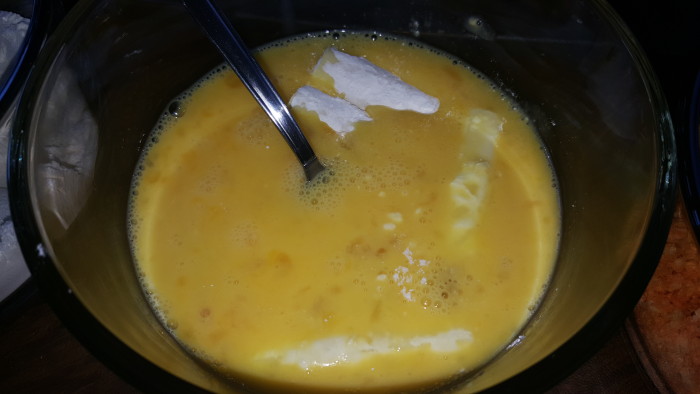 Step 4: Quickly toss the egged cheese stick in the crushed Cheetos, making sure to cover every open space so the cheese doesn’t fall out (if it does, it’ll still taste pretty good though…let’s be honest here – you’ve seen my photo).

[There was no way in hell I was taking a photo after my fingers were all eggy and Cheeto-y.]

Step 5: Freeze for several hours. I made them in the morning, put them on a pan (Oh – and before you get started, make sure your pan will fit in your freezer. The pan fit in my freezer, but not Mom’s which is where we ultimately cooked these bad boys up-mostly so we didn’t eat 8 stick of cheese each), and froze them for about 8 hours.

Step 6: Heat a pan 1/3 or 1/2 filled with frying oil or start your deep fryer. We’re not super fancy, so we just opted for a pan with oil. Mama Bear has specialty frying oil, though, so bonus! 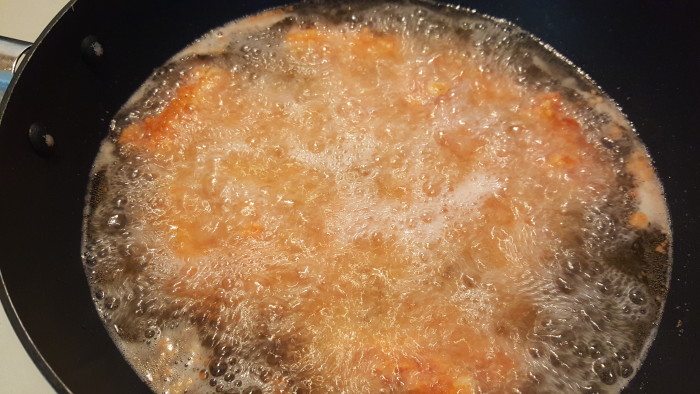 Step 7: Cook until the sticks are floating – and try to get them out before the cheese falls out (something we failed to manage because we were fighting over who would get to take them out of the pan. Ultimately, I won that battle, just a minute or two too late).

Step 8: Place on wax paper to soak up the grease, because we learned the hard way the cheese will stick to paper towels. 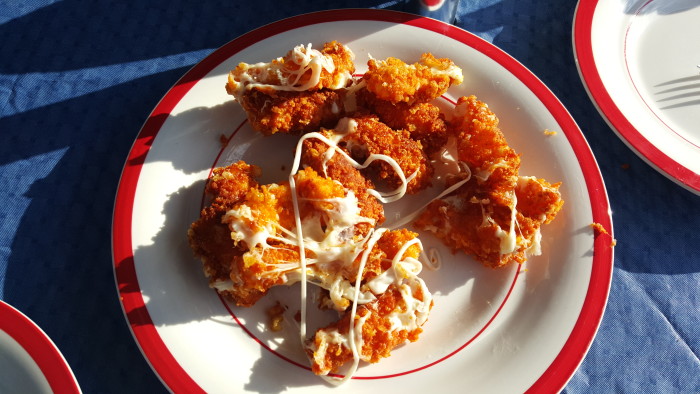 Guys, let me tell you, this is not for the weak-hearted. It wasn’t easy, and I probably won’t do it again. After the fourth or fifth stick, the Cheetos all started gluing themselves to each other with the egg, while the egg refused to stick to the cheese stick and I had one hell of a time trying to get the Cheetos bread crumbs wrapped around the stick. Then, there was the whole, cooking to the right temperature and not sticking cheese to paper towels part of serving that shit…it was a little rough around the edges. But you know, if you’re feeling adventurous, give it a go. It was still pretty tasty, although the over-powering frying oil seemed to overtake the delicious Cheetos flavor. If I were feeling up to the challenge again, I think I might try baking them.

What crazy recipes have you tried lately? Which ones do you want to try? Would you eat these tasty beasts?