One time, I convinced one of my best friends to dress up as Harry Potter and go to a costume party with me. It was awesome. 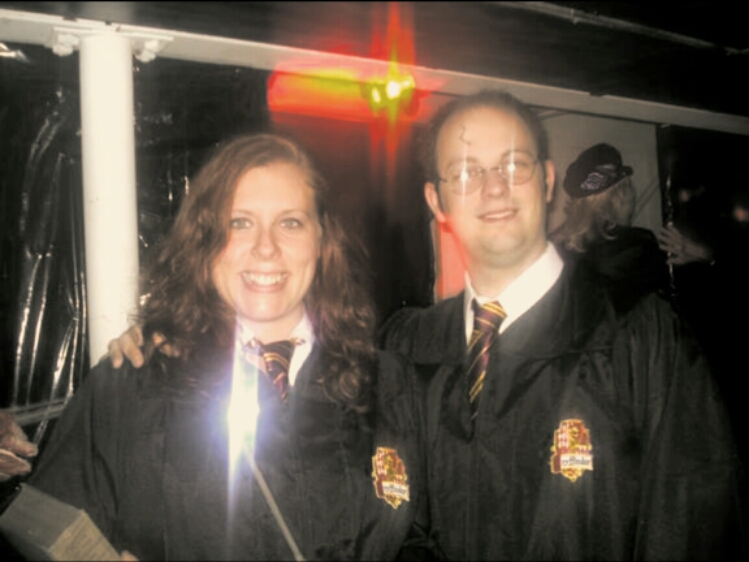 And then, this morning, Brian and I had the following conversation:

Me: If someone wants to polyjuice me, my hair just fell on the ground.

But, to be fair, I shed all the time. So I guess that doesn’t really make a difference.

Brian: So you’re saying, the next time I see you, you might not be you.

Brian: Well shit! How am I going to know it’s you?

Me: We shouldhave a secret passphrase so you know.

Unless I’m polyjuice me right now. And then real me will never know the passphrase.

Don’t fight it, Brian. The polyjuice is gonna getcha.

Brian’s going to see Captain America Civil War tonight with his coworkers as part of a work adventure. Without me. I’d be upset, but I saw a prescreening on Monday night in IMAX 3D, and I don’t think Brian’s viewing will top that.

I don’t want to give away any spoilers, but I will say that the Captain America movies are among my favorites in the Marvel Studios movie series. (Guardians of the Galaxy trumps all). It was fantastic.

[bctt tweet=”What would happen if someone polyjuiced the hair of Captain America?” username=”quirky_chrissy”]

And if anyone cares, I’m on Team Ironman. I think.

You know what? I think I just came up with Marvel’s next movie.

Are you a Harry Potter or Marvel fan? Who would you pick in a battle: Harry Potter and his peeps or the Avengers?