4 things that save my marriage every day

Brian and I have been married for more than 6 months now, so I’m pretty confident that gives me authority to offer up marriage advice. 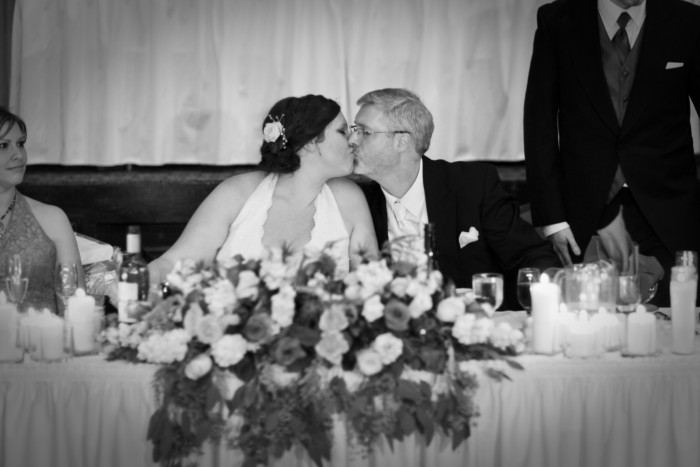 As it turns out, there are a lot of things that can help a marriage along, especially when you’re navigating alternative facts and not really sure what’s real and what Chrissy says is real, but really isn’t. Luckily for you, I have just what you need to succeed in wedded bliss. These four simple household devices have made marriage more than bearable. They’ve made this whole lawfully wedded thing quite pleasant, actually. And I’m pretty confident we couldn’t survive without them.

Marriage is all about compromise, my friends. And this squeezing device automatically settles the age-old argument whether to squeeze or roll the toothpaste tube. And the settlement? It’s totally a compromise. As a squeezer, I get the first half of the tube (and really, let’s be honest here, I squeeze even when the roller is attached), and Brian gets to make sure we roll every last dob of toothpaste from the tube. He’s nothing if not fiscally responsible. 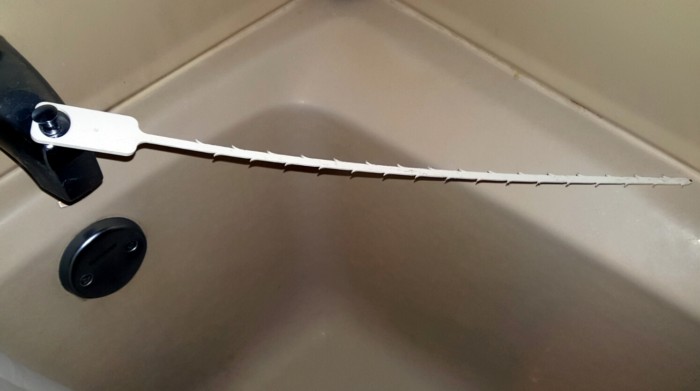 I had to Google what this one was called, because I wanted to write shower grabby hair remover thingy, and Brian (my very professional personal editor) suggested I find out what it’s actually called. I think a study on the before and after will help demonstrate the effectiveness of this device.

Before marriage: I would yell down to Brian that my shower drain wasn’t draining fast enough, which meant that it was blocked. Then he’d have to come unscrew the drain plug dealie, and find something to play plumber and remove my red hair.

After marriage: Teach a wife to fish…or so the saying goes…Brian bought me this silly $5 stick, and I use it religiously. (I told him not to bother screwing the plug back in, because that thing is a pain in the ass.) Before my drain is super clogged, I check it with the hair snare, because I’m weird and gross and amused. I do this probably every other time I clean the bathroom. And just a few stray (okay I shed like a maniac, so more than a few) blonde hairs come out with the snakey thing. And Brian no longer has to deal with my bathroom. I wear gloves, though, because ew.

Compromise? I think Brian wins this one majorly.

The paper towel holder that never moves. Bestill my heart. Here’s another example of the before and after of marriage that just works. 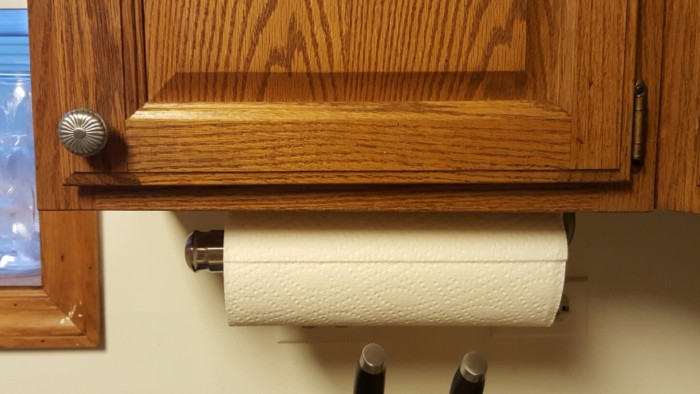 Before marriage: I would go to grab a paper towel to dry my hands, clean up a spill, distribute olive oil in a pan, provide a nonslip surface for my cutting board, or any number of other uses that a paper towel provides…and the damn roll would be nowhere in sight. As I raced through the house searching for the paper towels, which were usually on the floor of the TV room, I would loudly inform Brian how infuriating it was that the paper towels were never in the kitchen.

After marriage: The paper towels are ALWAYS in the same place. Hooked to the bottom of the cabinet next to the sink. I don’t know if anything has ever made me so happy. 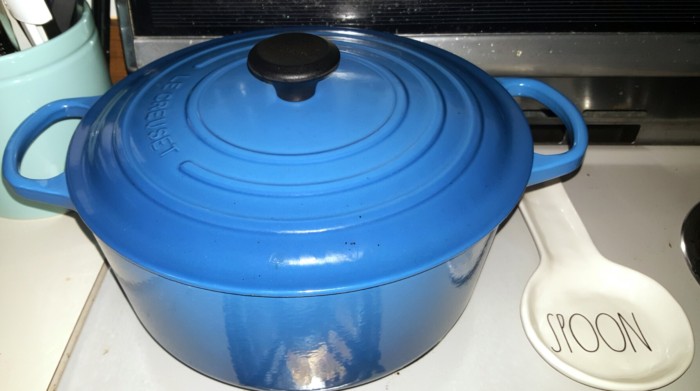 I was only going to have three items on this list, but Brian told me I should probably include my favorite piece of kitchen cookware. You see, when I dragged him to Bed Bath & Beyond, and stared longingly at this ridiculous, high-priced luxury item, he thought I was absolutely insane. I probably am, honestly. And then he told me if I got one, he threatened to boil hot dogs in it, as he does with all the wrong pans.

I have been jonesing for one of these beauties FOREVER.

At Christmas, Brian kept telling me how bad he felt because he only got me two gifts, which ended up being the 9-quart Le Creuset and a kickin’ light-up skirt from ThinkGeek. Who cares how many presents there are when one of them is a flippin’ ceramic-coated, cast iron dutch oven sent from heaven.

Obviously,  my first question was, “Did you use a coupon?” Because you bet your ass I would have taken it back, and rebought it with a coupon! Those simple clippings never expire, and they add up.

But now he loves this thing as much as I do. Because short ribs. And roasts. And mostly all the things I can make inside of it become happiness on Brian’s dinner plate. Compromise. I get an expensive pot to play with. Brian threatens to cook hot dogs in it, but relishes in the fruits of its labor.

Sometimes you win. Sometimes you lose. And sometimes your husband buys you cookware so you can make him dinner like a “good little housewife”. And everyone wins.

What devices/appliances/tools make your marriage or relationship or roommate situation work?