You May Now Address Me as “Master”

Well, December has sure as fuck been one hell of a ride.

The first week of December saw me in a new role at a new company. I quit my old job before Thanksgiving, and started  at the new place a few weeks later. 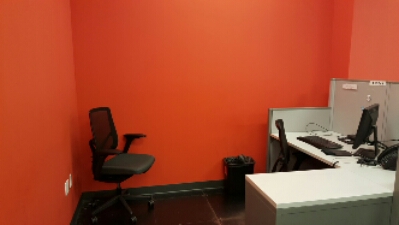 I took those two weeks between jobs to finish up my paper for the final class of my master’s degree. If I told you most of the paper was written in those two weeks (Sorry Dr. P!), would you believe me?

The second week of December, Brian FINALLY asked me to marry him, and much to his detriment, I said yes. And now he’s stuck with me forever. The proposal itself was magical and ridiculous and amazing, and I’m in the process of writing about it to give it justice. There’s also a video or two coming. You’re welcome in advance. 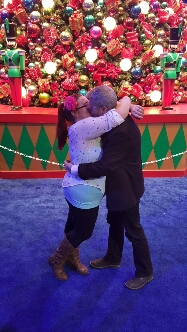 The third week of December was the week I graduated from Benedictine University with a master of arts in education. I can’t say I’ll never use it, but  I don’t plan to be a teacher or anything…

I’ll tell you what, though. No one has as much fun in her cap and gown as me. As Brian would tell you, he felt tricked into attending mass, because my Catholic university invited a nun to speak as the keynote. Mom loved it. Well, what she could here from the back on the auditorium, anyways.

I was told I couldn’t write anything on my cap, which was unfortunate,  because when I graduated from undergrad, I had “need a job” taped to my cap for all to see. It was brilliant,  and it jinxed me for several months cough a year cough. Whatever. Back in 2005, I also had a twinkie and my cell phone tucked safely into my bra. This year, I thought ahead and wore a dress with pockets so I could fill them with entertainment.

I, of course, brought reinforcements. I had a bottle of Chila Orchata and a wheel of Mini Babybel to provide sustenance before I got day drunk with my family at the wine bar. 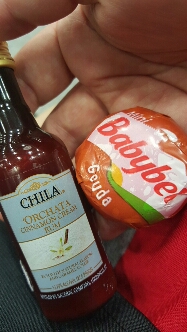 I actually ended up hiding these refreshments in the goofy tubing attached to the sleeves of my gown because it was tricky to access pockets under the gown. These sleeve tubes also proved useful for keeping my hands warm while crossing campus in the bitter cold for free cookies and lemonade. 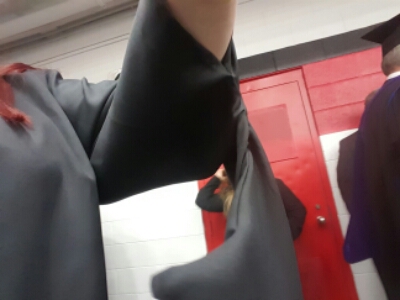 I checked in with you guys on Facebook and kept myself amused until the one other MA.E. and I were guided to the stage. They never announced our degree, so as far as the audience was concerned, we were just two rando names in the long pause between the undergrads and MBA degree candidates.

I neither tripped nor fell, but I did walk the wrong way, even when the guidey person was like, “that way…no, that way…no, THAT way.” Alas, I channeled my inner Fleetwood Mac and I went my own way. But I didn’t want to walk in front of the photographer who was already taking awful pictures of me. And so I shimmied around him awkwardly while one of the professors yelled at me.  No big deal.

But now, I am a Master of the Universe, and after getting champagne drunk for the 27th time this month, the celebration was over. Except that I wanted to tell you about my exciting month, even if my degree is only slightly wasted right now, you know…not being a teacher and all…

Let’s celebrate, my friends! What exciting things happened for you this month? What about this year? Did you get a new job or married or pregnant or write a book or just survive? What are you proud of or excited about?