Dating Advice: How to Flirt Your Way to a Maybe Definitely

I may not be married (coughyetcoughBRIAN*), but I like to think that I was  sometimes, sort of okay at dating. Which makes me an excellent advice giver. Honestly, though, I’m much better at giving advice than taking it.

I’d been dating a few different guys for a couple of months. One would flake, and I’d start dating another. I was seeing two to three at a time, always talking to someone new so I didn’t totally obsess about any one guy at any one time (this plan, by the way, worked in theory only. I was still bat-shit crazy). Online dating was my escape from the not-what-I-planned life I was leading.

I was a server in a bar with damn near a master’s degree, not really sure which direction I wanted to go in. But boys were always there to occupy my mind so I didn’t have to think, let alone worry, about my future. It was freeing and constricting all at once. I was just having fun, until I wasn’t and then I’d move on to someone new (okay fine, they’d move on to someone new, so I would have to as well). And then sometimes, I would go on the WORST dates with awkward guys who had nothing interesting to say or that I had no chemistry with. And quite honestly, when you get an unrequested, uncalled for, unnecessary dick pic (not to be confused with a Nic pic) from someone you’re already not interested in? Gah. I don’t miss that.

During this time, a couple of guys asked me to go to Europe with them. And then I  digitally stalked one of them. And got a little bit crazy. But somehow managed to see them again at the bar.

I didn’t hear from either of them after they failed to meet me at my preferred local watering hole. I was a little more than disappointed.

But with all my experience, I  had discovered the online secrets to making boys want to date me (at least go on a first date with me…or send me photos of their prize possessions).  With these brilliant pointers, you’ll be on the road to love in no time.

How to Awkwardly Flirt Your Way to a Maybe 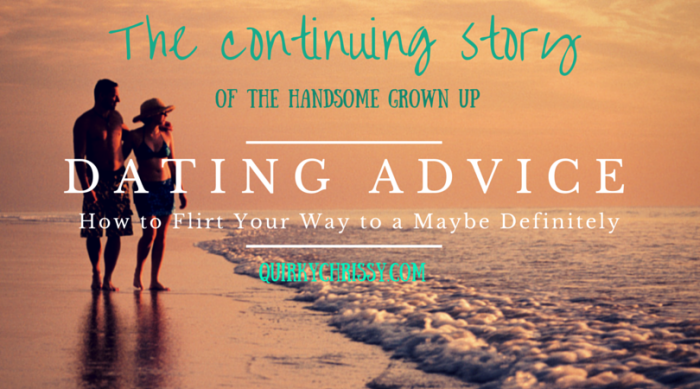 Leave adorable messages with near strangers

So when The Grown Up showed up in my Gchat feed a few weeks later, after one of those aforementioned really awful dates…I messaged him.

9:15 AM…
Me: So, I haven’t seen you guys around the (insert abbrev for the bar I worked at before abbrevs were cool) lately…Hope things are fabulous 😀

44 minutes later…
TGU: Everything’s been going great! Bright and Shiny started his tax season rush, so he’s pretty much under house arrest until April. How’ve you been? You’re probably settled in at the bar by now.

Me: I’ve been pretty great.
Settled, yeah…but I’m ready to get a teaching gig, so now its all about the hunt 😀
TGU: well…traditionally…you want to either isolate the young or the old and infirm from the rest of the pack. You can do this through several feints designed to see who lags behind.

Laugh at his jokes

Me: lmao
Good plan
TGU: or you can set a trap.
Traps are kinda more fun because they have an arts and crafts thing going on.
You can do a snare, a pit trap with spikes, a bear trap, a tripwire with claymores, a landmine…
Endless fun!
Most teachers will never see it coming
Me: hahahahahaha
I’ll keep those in mind…

Me: Well, I wish I could chat more, but I have to run…breakfast calls me…

Ask him out without asking him out

Me: we should hang out or something sometime :-p
TGU: Definitely. but I’ll know to look for traps now.
I’ll check my schedule and shoot you an email.

Let him have the last word

TGU: Have a good breakfast

Obviously, I charmed him with my amusement and very serious flirting skills. He said “DEFINITELY.” That was good, right? I was ready to make this a thing. It had been 3 months since my first interaction with this very handsome man, who appeared to be mildly interested in me. I found myself screaming in my head, WHY WASN’T ANYTHING HAPPENING YET!?

How do/did you flirt with someone new? Were you an advocate of the digital dating or did you prefer old-fashioned, classic dating?

Did I go on a date with The Grown Up or was he all talk and little action? Maybe. Definitely. Click the image below to read the next part of the story! 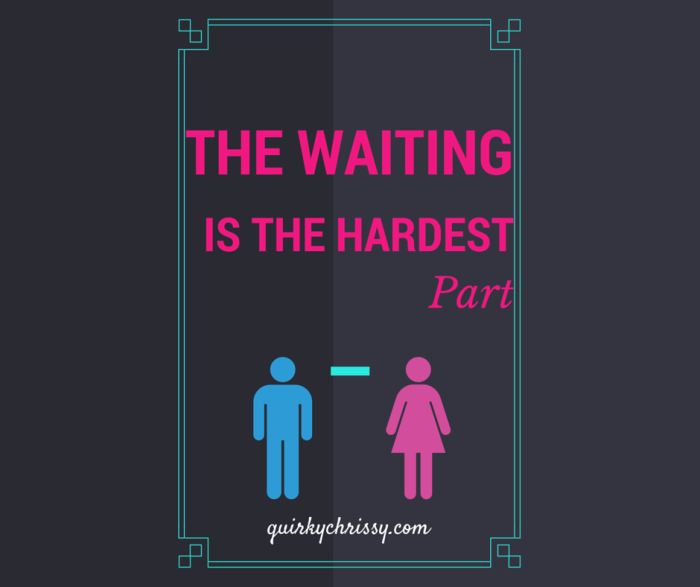