When our air conditioner broke, we had to turn the air off for a few hours. It happened to be one of the hottest, most humid days Chicago has seen in a while. As I was coming into the house from outside, I felt the cool relief of our well-insulated home. The humidity was gone and the temperature felt lower.

Shortly after coming inside, I went down to the basement to help my boyfriend fix the air conditioner. Not 30 minutes later, I walked back upstairs to grab something, and was hit with a wall of hot and stuffy air from the exact same space that was cool less than an hour before.

Shortly after experiencing this weird body temperature conundrum, my brain started connecting some crazy dots. That same physical change in perspective can be applied to emotional perspective. It was an analogy that physically made sense to me. And there are so many other ways to consider how your perspective affects your life.

The same situation can be completely different for two people or even the same person at a different time in his or her life. It all depends on our current perspective. 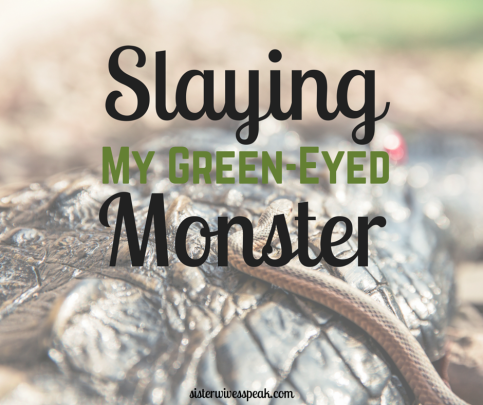 I used to get ridiculously,  unequivocally jealous of other people. I coveted what they had, whether it was more blog followers, a book deal, money when I was broke, a relationship when I was single, vacations, etc. My jealousy held no bounds. I would think horrible things, like why can’t I have that? or I deserve that; why is it theirs, not mine?

My green-eyed monster was uuuuuuugly. I hated her, but I didn’t know how to slay her. I knew I was in the wrong, but for the life of me couldn’t make it stop.

And then one day, it hit me over the head like a pile of rocks. It was recent, and I’m ashamed to admit how recent. But it was something the unbelievably beautiful Samara said. At the wrong time, her words may have gone completely over my head, but at the time she said them, I was in a very solid place. I was surrounded by strong, brilliant women who were supporting each other. It was after I began really reading a lot of deep, heartfelt essays that put my own world into a different light. I had a new perspective and didn’t even realize it had happened.

So when Samara said something along the lines of, Why does anyone feel the need to compete with each other? We should be building each other up. There is enough success for all of us.

And oh my God did that resonate through every fiber of my being. It made sense on such a deep and powerful level, that I began to see more clearly the way to remove that green-eyed monster from my soul.

Even further still, the aphorism, “a rising tide lifts all boats,” which is often used in reference to economic changes was mentioned countless times this summer in reference to the writing community I call home. If we support each other, cheer each other on, help each other out, we are a part of the tide. And this can be applied to any aspect of your life.

We can all slay our green-eyed monsters.

Does this mean I never get jealous? Of course not. I’m only human. But I can be jealous without releasing that ugly kraken from within me. Instead, I try really really hard to isolate those twinges of jealousy before they overtake all of me.

When has your perspective changed how you react or respond to a situation? How do you battle jealousy? What inner-demons are you fighting with?

This piece was originally published on Sisterwives Speak.