Stop saying 2016 was the worst year ever

No, seriously. Get the fuck over it. That goes for any year. Every day, week, month, and year has its ups and downs. Every single one. Sure we may have elected well…you know. Sure you may have been sick. Or someone may have died. Maybe even a brilliant musical artist or actor. Or someone hurt your feelings, broke your heart. And it’s okay to hurt. It’s okay to say, “man, this <fill in the blank with an event or something> sucked.”

But for the love of everyone else, stop saying “this year was the worst. This year was horrible. Can this fucking year be over yet?”

No. I’m calling your ass out. Because you know what? For as much shitty bullshit that went down, a lot of happy stuff happened too. And your crappy attitude is only bringing everyone around you down.

Think about people in your life, right now.

How many of them got healthier?

How many of them got married?

Got pregnant or had babies?

Got their first job?

Got a better job?

The list keeps going. And all that negative, “this is the worst year ever” naysaying probably makes those people feel pretty shitty. At least that’s what I’m getting out of it.

As someone whose highlight of the year was marrying my own personal Prince Charming, I’ve had enough.

Brilliant, talented celebrities die every year. It sucks, but that does not the worst year ever make.

Shitty stuff happens to individuals, who may personally be experiencing their worst year, but a large percent of the people who are saying it are not among those individuals.

A narcissistic professional bullshitter was elected as president, but you know what? He’s not the president right now. Barack Obama is. And we have a few more weeks to revel in that.

None of that is part of the recipe for the worst year ever.

Our world has survived some pretty awful times. The Holocaust? World War I? World War II? The bubonic plague? The Great Depression? Come the fuck on, people.

Take a look at some of the good things that HAVE come out of this year. I promise it wasn’t all bad. And if it really was 100% terrible, think about how you can take charge of the last couple days of 2016, and find joy for the love of all things. Find joy. And continue that into next year.

Unemployment is down. People are working. People are getting married, making babies, taking control of their health and their lives. They’re finding love. They’re believing in magic. To quote one of my favorite holiday movies, “If you look for it, I’ve got a sneaky feeling you’ll find that love actually is all around.”

So open your eyes.

Volunteer your time to help people and organizations. Donate money to causes you believe in. Do something to improve your own life. Just stop bitching about this year, already. 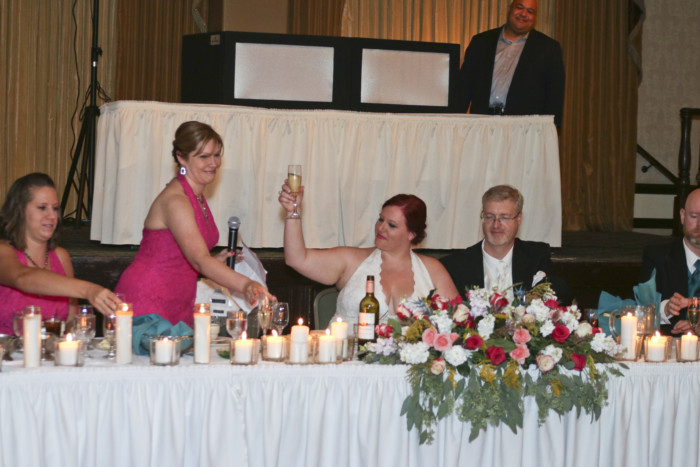