Tonight and the Rest of My Life

As our date was coming to a close, I walked a little closer to The Grown Up, briefly grazing his hand with mine. We made our way from the pub to the car, and I knew I was a little tipsy, but far from drunk. I was giggly. Honestly, I was probably fucking adorable. He HAD to be falling in love with me. How could he not? 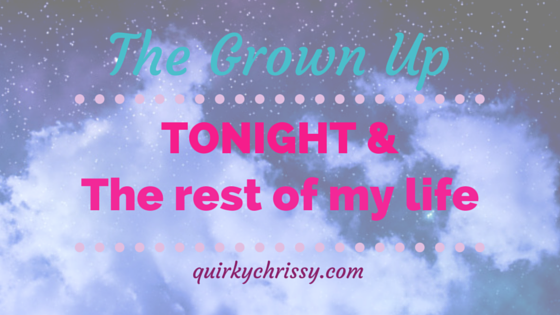 The car ride home was the complete opposite of the car ride to the restaurant. We chatted the entire time. I’m pretty sure I did most of the talking, but it seemed so easy…and he appeared to appreciate my ridiculous quirks. He laughed at my bad jokes and cracked a few of his own that I’m sure most people would cringe at. It was the most natural thing in the entire world.

The Grown Up reached up to my neck and started gently running his fingers through my hair. I lost all control of my heart rate and started thinking, is he going to kiss me?

We kept talking. I moved a bit closer to make kissing me easier. He’s not going to kiss me, is he? Why isn’t he kissing me?

And then he blurted out something that seems so peculiar, and yet completely fitting.

“I’m not good with people,” he confessed. He’s definitely not going to kiss me. What the fuck? He keeps touching me as if he likes me…you know what? Balls out, Chrissy. Balls out.

I was thrown back for just a second before I responded, “That’s okay. Just be good with me.” And then I kissed him. And it was magical. We kept kissing forever. Was it five minutes? An hour? I couldn’t tell you. But do you remember those days? The dating and kissing, and JUST kissing for hours? I loved that. I needed that. 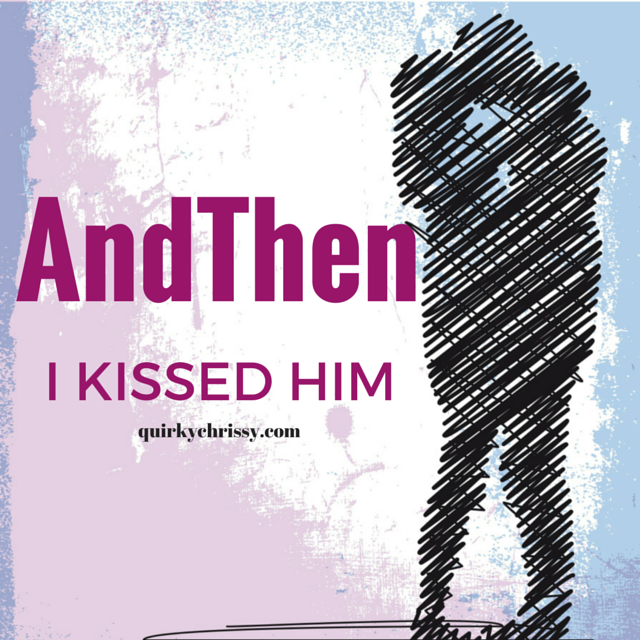 At some point, we resumed talking, with interspersed kissing. The Grown Up realized how late it was, and asked if I wanted to come home with him. Nevermind we had driven from a bar nearish his house back to my house which was in the opposite direction. Nevermind it was our first date. Nevermind he had to work the next morning. Nevermind every last bit of reason. Because wherever he was going, I was going too.

I confirmed that I would go, but I would NOT be banging him that night. It was just to sleep. And he agreed. I’d like to tell you it’s because I wasn’t that kind of girl. But really, it’s because I didn’t want to be that kind of girl. Not with him. There was something about him. I liked him. A lot. More than one should in the midst of a first date. But that didn’t matter because he liked me too. Well…at least he liked me at 1 o’clock in the morning when I was kissing him with fervent adoration…One could only hope that the feeling would continue through to morning, but only time would tell.

I ran into my house, grabbed a toothbrush and a few other essentials, and returned to the car with eager anticipation. I was going to see where this Grown Up lived. I was going to spend the night snuggled next to him. I was going to kiss him until I fell asleep. And I did all of those things. It was quite lovely. His room was small and just a little messy. But he didn’t share his room with anyone like a previous boyfriend. And he didn’t live with his grandparents like another guy I had dated. He was…a motherfucking grown up. We kissed some more and eventually fell asleep. I don’t entirely know how much sleep I got, but I slept in his arms the whole night…and for once, didn’t hate it. Who WAS this guy?

Someone pinch me, I think I fell in love that night. Of course, with my track record, I couldn’t help but think…how long would it last?

Think back to the last best first date you’ve had…how did it end? Did you scandalously spend the night or chastely make your way home? What are your thoughts on copious amounts of kissing? What’s the most magical kissing experience you’ve had in your adult life?

Read the next episode of The Handsome Grown Up, How to Lose a Guy is 6 Steps… 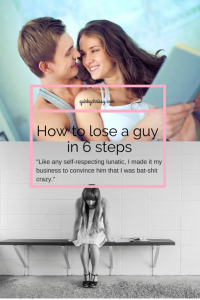