So there I was, minding my own business, trying to remain polite and calm on the phone with customer service. I had ordered a pair of plants online that I couldn’t find in the store and needed for my vegetable garden (I’ll be looking in another store later today thank you very much). I read the reviews, did my due diligence. Recent reviews said things along the lines of, “I was shocked at how fast they arrived and in such great condition” so I assumed that would remain the case for my order.

No worries. I thought. I’ll call and get my money back.

So I called. And got my new favorite customer service representative. At first, I was annoyed. He kept saying I had two names and then using my first and last name. And I’m like, “yeah. That’s my name. That’s exactly what I said my name was.” It was super bizarre.

But this guy wasn’t done yet.

While processing my return, he decided to keep the conversation alive and thriving.

“You ever seen a venus fly trap in real life?”

I almost choked on my La Croix. Was this guy serious?

“Uhh…yes.” I had. I’ve seen them at the store. I’ve almost bought one for Brian. And I vaguely remember one of the people at one of my old jobs had one (though I’m not entirely sure I remember who or which work *shrug*).

“Are they real big?”

“Guess they aren’t really dangerous then.”

“They’re only dangerous to flies.”

“Oh yeah, that makes sense. Well, I’ve gone ahead and processed your return. You’ll get an email with the details.”

Someone give this guy a raise. 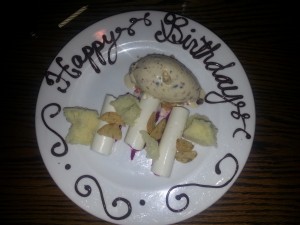 A conversation Brian and I had this morning had me in tears I was laughing so hard. I had every intention of getting on the 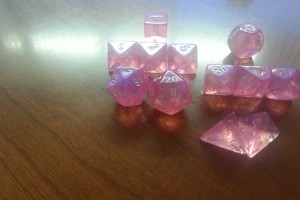 A Conversation About Fairies

Brian: If I were to create a D&D character for you, what would you want to be? Me: Do you just want to create more

I Know How to Pick ‘Em (Eye Doctors That Is)

I went to the eye doc this week in order to renew my contact prescription (you know, because my the script for my specs is